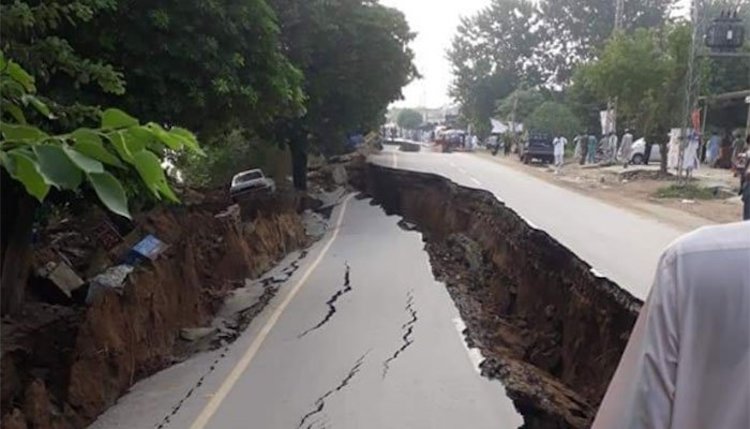 (The scene is from Mirpur, PoK. Image by Geo News) Earthquake tremors were felt in the Delhi-NCR region and across northern India on Tuesday afternoon after an earthquake of magnitude 6.3 hit the India-Pakistan border region near Jammu and Kashmir. Several deaths and damages have been reported in Pakistan-occupied Kashmir (PoK).

The earthquake damaged houses and buildings in Mirpur, while several cars fell into the deep cracks on the roads.

The Indian Meteorological Department (IMD) said an earthquake of magnitude 6.3 on the Richter scale hit the Pakistan-India border region at around 4:30 pm.

The epicenter of the earthquake was reported to be in Pakistan. "European-Mediterranean Seismological Centre (EMSC): Earthquake of magnitude 6.1 at Richter scale strikes 173 km North West of Lahore, Pakistan," ANI reported.

Tremors were felt in Islamabad, Lahore, Rawalpindi, and Peshawar, along with other cities.