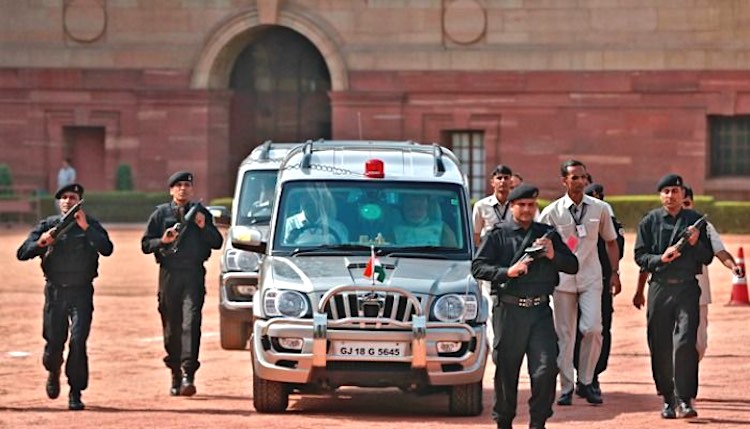 Often we hear about the so-called 'VIP culture' and the frills associated it. The name either invites public criticism or a politician promising to end the practice. It is another matter that nothing of the sort happens. According to Bureau of Police Research and Development (BPRD), a wing which functions under the Ministry of Home Affairs, as many as 66,043 police personnel were deployed in VIP protection duty in 2019 to protect 19,467 ministers, members of parliament, judges, bureaucrats and other personalities, i.e., more than three policemen for each VIP. However, for a population of 135 crores, there are a total of 20.91 lakh cops in India i.e. one jawan for 642 people.
Also Read:
Ropeways’ Green Image Masks Potential Damage In Himalayas

Bihar Police tops the list of regions facing a shortage, where an average of 1,312 personnel are deployed. There are a total of 91,862 policemen in Bihar. Daman and Diu comes in second place with a jawan stationed for 1,014 persons. In this list, West Bengal is at number three with 995 followed by Andhra Pradesh (880) and Madhya Pradesh (833). However, one of the reasons for the shortage of police personnel is the vacant posts, which the governments do not show interest in filling. According to BPRD, there are 26.23 lakh posts in the country, out of which only 20.91 lakh posts are filled. Meaning, more than 5.31 lakh posts are vacant. Had all the posts been filled, a police man would have been posted for 512 people in India. Four years ago in 2016, the number of VIPs in India was 20,828. At that time, 56,944 policemen were deployed for their protection. In 2019, the number of such people decreased to 19,467, but the shocking thing is that the number of soldiers engaged in their security increased to 66,043. Interestingly, the government does not reveal openly to whom VIP security is being given. Whenever the government is asked this question, there is always only one answer - due to security and confidentiality, we cannot give information.  When asked about total expenditure on the VIP security, the Government maintains the answer: "As regards expenditure on security, it is difficult to determine it precisely as it includes salary and allowances to security personnel, communication, transport vehicles, etc." Read on to know how much VIP security is provided by the government.  Apart from the SPG security provided to the PM, the security arrangements have been divided into four categories: Z+, Z, Y and X. Those who get VIP protection on the basis of threat include PM, President, CMs, Union Ministers, MPs, MLAs, Councilors, Bureaucrats, Former Bureaucrats, Judges, Former Judges, Businessmen, Cricketers, Film Actors and Saints. Z+ category offers a security cover of 55 personnel and has more than 10 NSG Commandos. It costs Rs 10 crore a month for the protection of each protected. While Z category provides a security cover of 22 CRPF and ITBP personnel, along with local police.