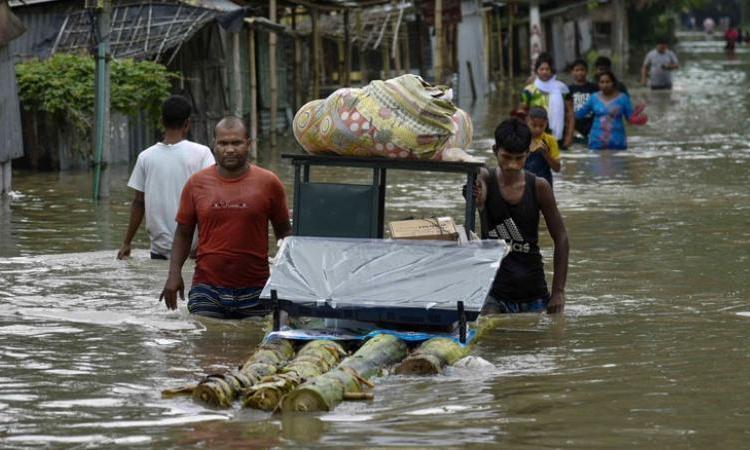 Due to floods and landslides, Assam has been ravaged for the past one and a half weeks. About 13 lakh people have been affected in 24 districts of the state. The worst condition is in Majuli, which is called the centre of Assam tourism, where floods have derailed the lives of people after continuous rains for the last three days and people are forced to come out of their homes and sit in the water.

Meanwhile, a video of Majuli is going viral on social media, it can be seen clearly in the video that due to the flood, a herd of elephants has entered the Majuli village and walking behind each other in a line.

Assam flood not only a threat to human life, but also affects wildlife. A herd of wild elephants roaming in empty village in search of food. This visual is from world's largest river island Majuli. They are calm, disciplined. Just had some Jackfruits, banana trees etc. Respect. pic.twitter.com/xrD3VtLbsh

After the elephant herd came to the village, there was an atmosphere of chaos among the local people and people had to struggle a lot to drive the elephants out of the village.

Besides Guwahati, Dibrugarh, Dhubri and Goalpara cities, the Nematighat in Jorhat district, and the Brahmaputra in Tezpur in Sonitpur district are flowing above the danger mark.