Every hour, eight children go missing in different parts of the country. This frightening truth of the disappearance of children is revealed by the latest figures of the National Crime Records Bureau. According to the NCRB data for the year 2019, 73,138 children went missing last year, including 21,074 boys, 52,049 girls and 15 transgenders. The most worrying thing is that in cases of child disappearances, there was an increase of 8.9% over 2018. 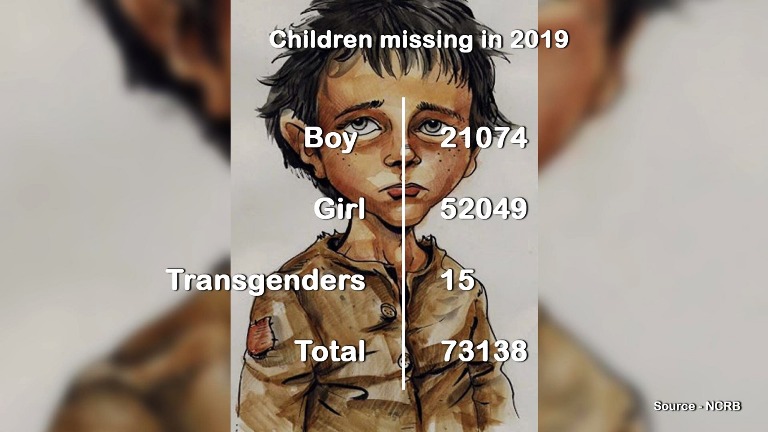