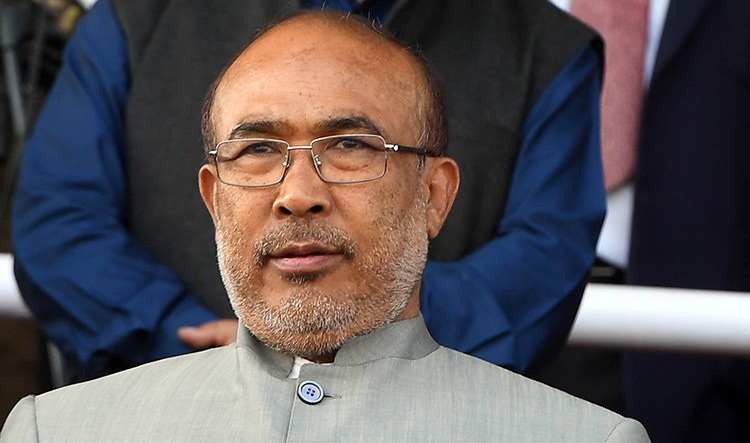 In BJP-ruled Manipur, the state government is stuck in crisis after the resignation of its three MLAs. All the three MLAs who have resigned have joined the Congress. The BJP was trying to overcome the shock when three more cabinet ministers withdrew their support from the government, apart from deputy CM Y Joykumar Singh from the quota of the ally NPP.

In the midst of this political turmoil, the main opposition party of the state, Congress, has started preparing to form the government. Manipur Congress spokesperson Ningombam Bupenda Meitei said that new sun would rise in Manipur and he was confident that Ibobi Singh, who was a three-time chief minister, would be the new chief minister and the Congress would lead the coalition government. Meitei did not stop here, he attacked the Bharatiya Janata Party fiercely, and said that the fall of the BJP government is the beginning of the decline of PM Narendra Modi and his party in the whole country.

The new beginning of India begins in Manipur today with the downfall of the BJP rule in the state. Today marks the sunrise for Manipur. Today is the dawn of 2024 for India. pic.twitter.com/oJ5wv4HUk0

Apart from the NPP, those who withdrew support are one Trinamool MLA and an Independent MLA from Jiribam.#Manipur @GoNews_India @GoNewsHindi pic.twitter.com/lt0LAXhKSo

When the assembly elections were held in 2017, the Congress was the largest party with 28 MLAs in the 60-member Manipur Assembly. At the same time, BJP had won 21 seats while four MLAs of National People's Party and Naga People's Front also won in the elections. While TMC, LJP and Independents got one seat each. But all the parties rallied against the Congress and gave their support to the BJP, then N. Biren Singh became the Chief Minister of the state.

Eight Congress MLAs joined the BJP after the election against which the Manipur Congress had approached the High Court. On June 8, the Manipur High Court has barred 7 Congress MLAs from entering the state assembly, while one MLA has already been disqualified. It is being said that this decision has been taken in view of the Rajya Sabha elections to be held on June 19.

Now if there is a majority test in the assembly, after the resignation of eight Congress MLAs and three BJP MLAs, 11 MLAs will not be able to participate in the voting process. In this situation, the strength of the house will be reduced from 60 to 49 now, after which the BJP-led coalition can get only 22 votes and the Congress alliance can get 26 votes.