After Father-Son Custodial Deaths, Another Case Of 'Police Brutality' In Tamil Nadu 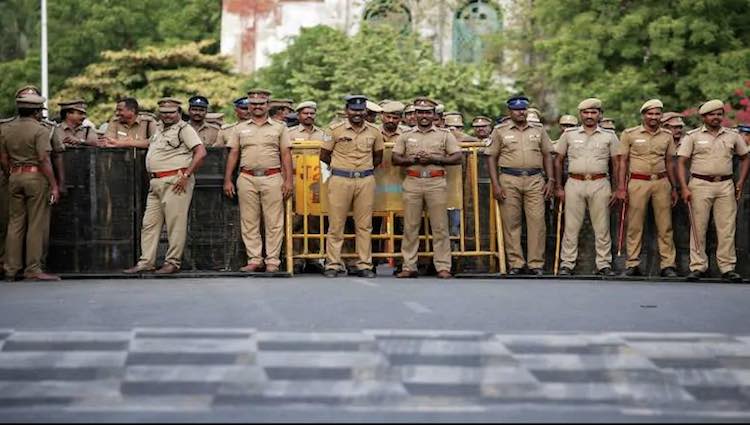 After father-son custodial deaths in Tamil Nadu's Tuticorin, another case of police brutality has come to light in Tenkasi. A 25-year-old auto-rickshaw driver died on Saturday, days after being brutally beaten by the police in custody. After this, villagers and relatives of the victim staged a road blockade and demanded a murder case be lodged against the accused policemen. The case of the death of father and son in police custody in Tamil Nadu’s Tuticorin, Tamil Nadu, was not resolved yet that another case of police brutality has come up in the State.  Also Read: MP: Sand Mafia Attacks Police Personnel, 3 Injured

Navneetkrishnan, the father of N Kumarasen, who lives in Veerakeralampudur, alleged that his son was beaten up so badly by two policemen that he died in the hospital on Saturday. According to the family, the victim Kumarsen was called to the police station on June 12 in a property dispute where he was beaten up and badly injured. He was later admitted to the government hospital at Tirunelveli where, after 15 days, he succumbed to his injuries.  Subsequently, the victim's father has filed a case against Sub Inspector Chandrashekhar and Constable Kumar. After the filing of the case, the two cops were suspended and a probe is on. The state's politics has got heated after another case of police assault came to light. DMK President MK Stalin condemned the incident and asked if Chief Minister K Palaniswami has “handed over” the State to the police. "What is the Chief Minister doing," he said on Twitter. In another incident, a laborer from Ettayapuram in Tuticorin district died by suicide after being assaulted by the police.
TAGS custodial deaths Auto Driver police brutality MK Stalin Tamil Nadu Government Tamil Nadu tuticorin