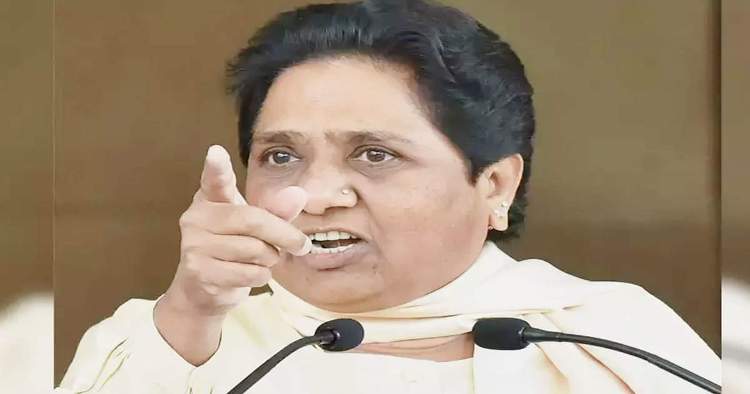 Uttar Pradesh’s Yogi government, which is facing a lot of criticism due to the increasing crime in the state, does not seem to have its problems vanishing away any time soon. Now a cremation ground in Agra was barred from performing the last rites of a woman as she belonged to the Dalit community. This incident is from Raibha village of Achhnera tehsil. When the six-year-old child was going to set fire to his mother’s pyre, upper-caste men from the village arrived, stopped the last rites, and got the woman's dead body removed from the pyre.

The matter also reached the Agra Police after which Circle officers and Station officers reached the spot but could not facilitate the last rites of the Dalit woman at the same cremation ground.

Agra: Upper Caste deny cremation of a lower caste woman in Raibha village. Body of the woman was removed from the pyre & cremated at a different place.#SpeakUpForDemocracy pic.twitter.com/MfIVC2WsCS

(A viral video of the incident)

BSP supremo Mayawati has also demanded a high-level inquiry into the matter. She tweeted that ‘the body of a Dalit woman near Agra in UP was removed from the pyre because of upper caste people having casteist mentality there because the crematorium-ghat belonged to the upper castes, which is extremely shameful and highly condemnable.’

Agra Police has now got involved in the case, though, no legal action has been taken against the accused till now. Uttar Pradesh is one of the states where discrimination, harassment, and violence are most common with Dalit and tribal communities.