Air Pollution Not Only Delhi Problem But Pan-North India One 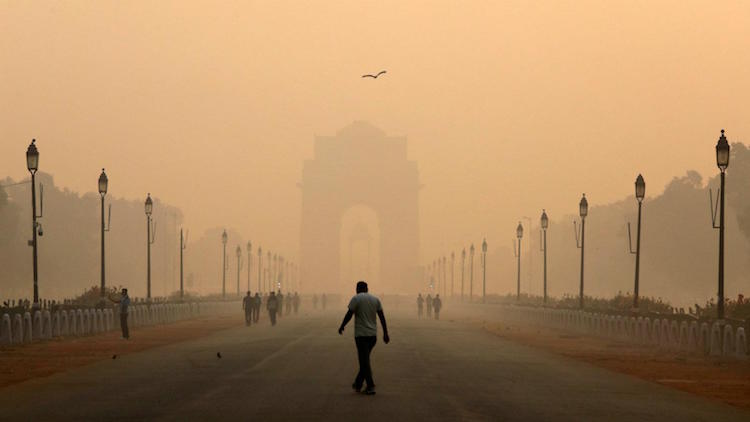 As soon as winter comes, India’s capital, Delhi and its neighbouring region, begin transforming into a gas chamber. The air turns ‘toxic’ and the sky is covered with smoke and mist. But for the past several days, pollution levels have been increasing in other states besides Delhi. On Friday morning, more pollution levels were recorded in many cities of Uttar Pradesh than Delhi. After UP, the highest pollution was recorded in Delhi, followed by Haryana and Punjab. First of all, UP where the air quality index was in ‘very poor’ category on Friday.
Also Read:
US: Midnight Update From Battleground States; Biden Inches Closer To White House

According to the Central Pollution Control Board, many cities of Uttar Pradesh remained in the worst condition till 10 am on November 6. The highest level of PM 2. 5 in UP's Moradabad is 475, 465 in Lucknow, 452 in Meerut, 440 in Kanpur, 438 in Ghaziabad, 418 in Greater Noida, 403 in Agra, 400 in Bulandshahr and PM 2. 5 in Noida. The level was 392. After UP, most Delhi areas recorded air quality in ‘very poor’ category. Delhi's ITO has the highest level of PM 2.5 at 450, 430 at Bawana, 426 at Rohini, 423 at Mundka, 420 at Wazirpur and PM 2.5 at Anand Vihar at 419. In Haryana, the highest level of PM 2.5 was recorded at 450 in Fatehabad, 438 in Gurugram, 415 in Faridabad, 411 in Jind, 380 in Kaithal and 375 in Bhiwandi. Most stubble burning was reported in Punjab, despite that Punjab has much less pollution than UP, Delhi and Haryana. This can be gauged from the fact that no city in Punjab has a ‘poor’ level of pollution. The highest level of PM 2.5 was recorded in Patiala at 276, then 236 in Jalandhar, 232 in Amritsar, 231 in Ludhiana, 181 in Bhatinda and the lowest level of PM 2.5 in the capital Chandigarh at 128 in the state. This data clearly shows that the pollution level is not only bad in the capital of the country, but there are many states other than Delhi where pollution is continuously increasing. So far, several steps have been taken by the Centre and the Delhi government to curb pollution, while pollution from other states is not even mentioned.