All Clear For $2.4 Billion MH-60 Seahawk Deal For Navy Ahead Of Trump Visit 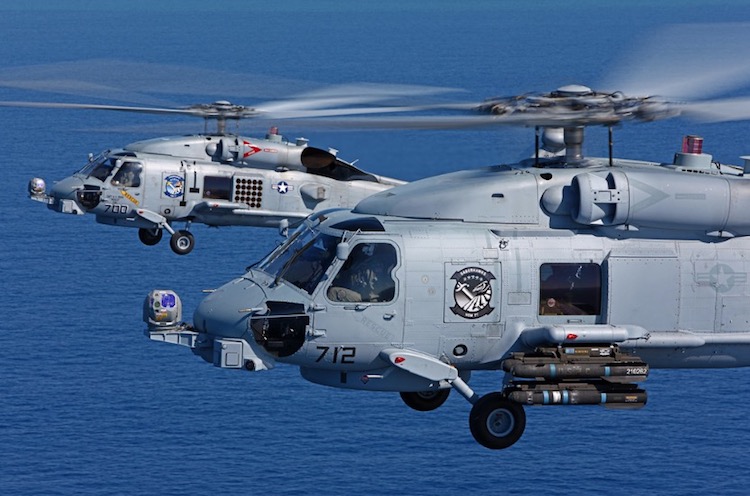 While US President Donald Trump has signalled there will be no major trade deals with India during his whirlwind visit next week, a $ 2.4 billion deal for 24 multi-role MH-60R Seahawk helicopters for the Indian Navy is all set to be sealed. India’s Cabinet Committee On Security has now approved the deal through the Foreign Military Sales (FMS) route, buying the helicopters directly from the US Government. The MH-60 ‘Romeo’ is manufactured by American defence giant, Lockheed Martin Corporation.
Also Read:
Watch: From Mumbai Slums To Winning America's Got Talent-The Story Of V Unbeatable

Lockheed’s Seahawk is capable of loading torpedoes and anti-ship missiles besides having search and rescue mission capabilities. It has a maximum speed of 267 kmph.

Lockheed says “ the MH-60R provides a vital capability for the Indian Navy in the Indo-Pacific region. An MH-60R acquisition allows the Indian Navy to benefit from an active production line getting them this capability quickly, and the ongoing support we are providing for over 300 MH-60Rs flown by the U.S. Navy, the Royal Australian Navy, Royal Danish Navy, and the Royal Saudi Naval Forces”.  Also on the table during Trump’s visit could be possible announcements regarding further acquisition of the P8i maritime surveillance aircraft and Apache attack helicopters, both of which are manufactured by Boeing Defense.

India has procured about $18 billion worth of defence equipment from the US over the past two decades, most notably the Boeing C-17 Globemaster heavy lift aircraft and Apache attack helicopters and Lockheed Martin’s C-130J Super Hercules aircraft.