Amid Violence, A Tale Of Peace And Harmony From Delhi's Maujpur 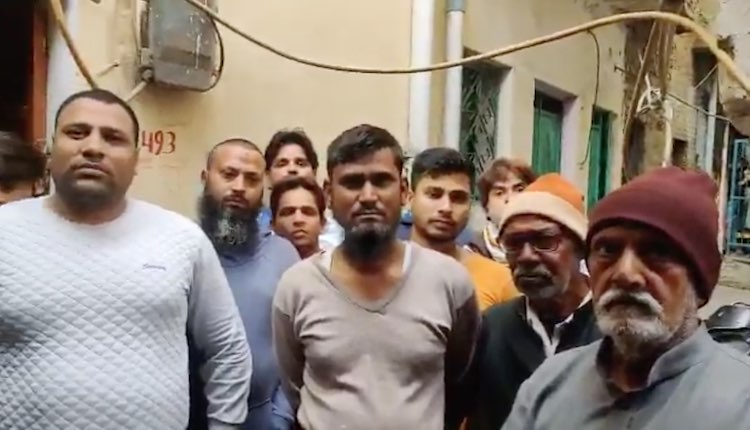 When North-East Delhi’s Ghonda area was battling communal riots, an elderly Hindu couple in the area (named Radha and Satya Prakash) was protecting five Muslim families living as tenants in their house and in turn, saving humanity from being slaughtered. Even though the relatives of the five Muslim families advised them to leave the area, with the situation deteriorating, the families expressly refused to leave the house.
Also Read:
Mining Expands On Kashmiri Rivers Despite Dire Warnings

The communal riots in Delhi have claimed more than 40 lives, and dozens of houses and shops have been decimated but amid this, several Hindus and Muslims have managed to salvage humanity. The Ghonda area in north-east Delhi witnessed large-scale violence in the past few days. People in this Hindu-majority area provided security to five Muslim families living on rent and did not let them leave their house. A Muslim man living in this house said that he calls his home-owner Radha ‘Maa’ and it is she who has been bringing milk and vegetables for these families during the communal disturbances. He also said that Radha is worried about their security and therefore, is not letting them step outside. Like Radha, her 73-year-old husband Satya Prakash also kept night-long vigils during the riots, so that Muslim families were not harmed in any way.

Aged #Hindu couple, Radha and Satya Prakash, of #Delhi's #Ghonda sheltered five #Muslim families who lived in their house as tenants when an armed mob ran amok in the area. All the five families refused to leave when their relatives suggested it to them as a safety measure pic.twitter.com/GH3lnziS2R