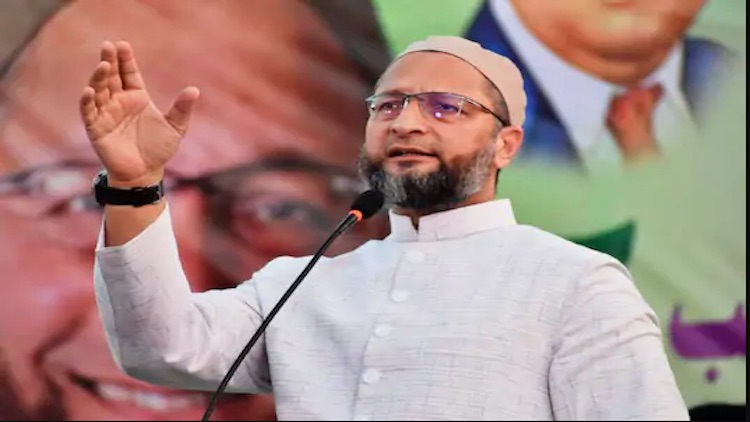 The BJP-JDU, which has been ruling Bihar for 15 years, has once again managed to knock out the RJD-Congress. Some say Tejashwi Yadav could not become the Chief Minister because the Congress which contested 70 seats could add only 19 seats. Many people are saying that because the Mukesh Kumar Sahni's VIP and Jitan Ram Manjhi's HAM jumped ship to the NDA, the Grand Alliance could not win the election. But the most talked-about is Asaduddin Owaisi's All India Majlis-e-Ittehadul Muslimeen (AIMIM) which managed to win 5 seats in Bihar. The Congress, which performed poorly on its own, is accusing AIMIM of benefiting the BJP.
Also Read:
Arnab Goswami Bail Plea: 'I Don't Watch His Channel But If Courts Don't Interfere, We Are

Let us understand through seats whether Owaisi played spoilsport for Tejashwi Yadav’s RJD. Asaduddin Owaisi's AIMIM has grabbed 5 seats in Seemanchal, a Bihar region which is Muslim-majority and considered to be quite backward. The seats on which the Owaisi candidates won are - Amour, Kochadhaman, Jokihat, Baisi and Bahadurganj. In 2015, out of these 5 seats, 3 were won by the Grand Alliance and 2 by the NDA. This time, AIMIM has snatched the seats of both the NDA and the Grand Alliance. However, this is also true on the 24 assembly seats contested, it failed to divide the Muslim vote in a big way. For example, Sahebganj seat went to RJD's account last time but this time it went to NDA's account. The VIP party candidate got more than 81,000 votes in this seat, RJD (65,643 votes) and AIMIM (only 4,048). Now even if the votes of AIMIM are added to the RJD’s, even then RJD could not save its seat. The Muslim population in Sahebganj is more than 30%. AIMIM fielded its candidate for another seat, Phulwari Sharif. The Muslim population in this assembly seat is more than 56 percent. This seat was last won by JDU's Shyam Rajak. But this time Gopal Ravidas of CPI-Male won this seat by 90,000 votes, whereas AIMIM got only 5,015 votes. Simply put, Muslim voters have voted in these elections, not on religion, but keeping in mind the candidate and their constituency. Well, Owaisi is very happy with Bihar's victory and the party may soon be seen in the election fray of Bengal and the UP.