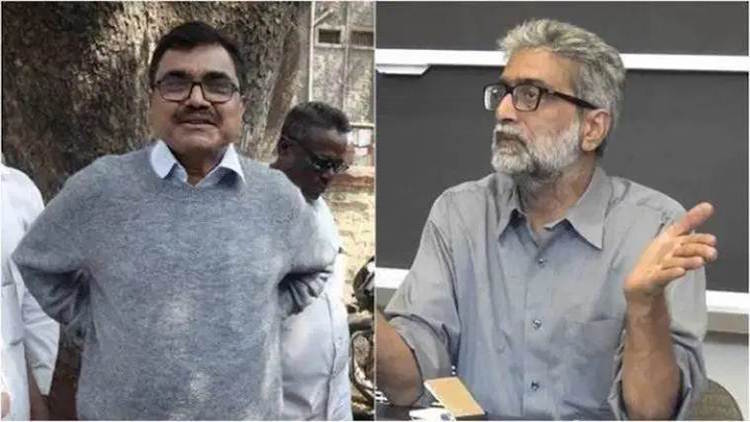 Dalit Scholar Anand Teltumbde and activist Gautam Navlakha on Tuesday surrendered before the National Investigation Agency (NIA) in connection with the Elgar Parishad case. A week after the Supreme Court refused to grant them more time, Teltumbe surrendered at the NIA office in Mumbai’s Cumbala Hill and will be produced before the special NIA court in Mumbai. Navlakha surrendered in New Delhi and will join the proceedings via video conference in the wake of the COVID-19 pandemic.

Activist #GautamNavlakha surrenders before the National Investigation Agency (#NIA) in connection with the #ElgarParishad case. He was asked to surrender by the #SupremeCourt after it refused to extend his plea in the wake of the #COVID2019 pandemic#coronavirus pic.twitter.com/Guo4la59Cs

Also Read: Will COVID-19 Force India To Face Up To Its Water Crisis?

On April 8, the apex court gave the activists three weeks time to surrender and ordered they submit their passports to authorities immediately. Teltumbde, Navlakha and nine other civil liberties activists have been booked by the Pune Police under the stringent provisions of Unlawful Activities Prevention Act (UAPA) for having alleged Maoist links and are accused of being part of the Elgar Parishad event held a day before the Bhima Koregaon violence in Pune on January 1, 2018. The police also said these activists were active members of banned Maoist groups. Anand Teltumbde is the grandson-in-law of Dalit icon Dr B R Ambedkar, whose 129th birth anniversary is being observed on Tuesday. Gautam Navlakha has been the editor of Mumbai-based Economic and Political Weekly journal for years.
TAGS Maoist links Dr. BR Ambedkar COVID-19 COVID-19 pandemic SC NIA Pune police Bhima Koregaon violence Bhima Koregaon Case Elgar Parishad case Anand Teltumbde Gautam Navlakha