Another PMC Bank Depositor Dies In Fourth Such Death 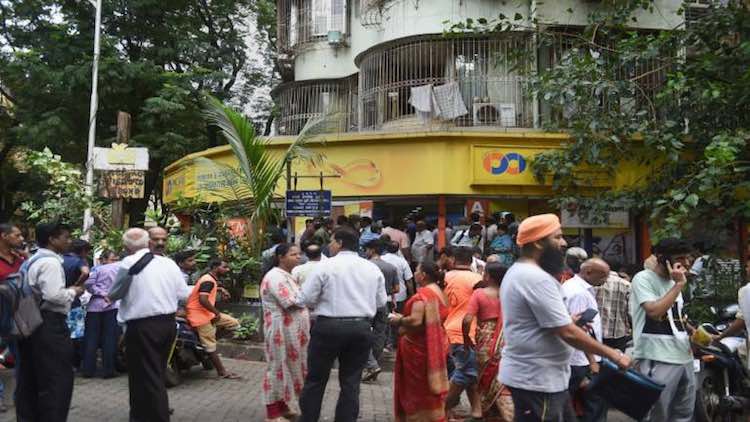 Two of the depositors, Sanjay Gulati and Fattomal Punjabi, had died of cardiac arrest, while Nivedita Bijlani, a doctor, allegedly committed suicide.  Muralidhar Dhara died at his home in Mumbai’s Mulund for want of urgent heart surgery. His son Prem said Mr Dhara had been ill for a long time. Doctors had recommended heart surgery for his father but they could arrange the money as the deposits are stuck at the bank. Customers of PMC Bank are dealing with many difficulties ever since the Rs 4,355-crore scam came to light at the bank. The RBI had initially capped withdrawals at Rs 1,000 considering the liquidity crisis, but later hiked the sum to Rs 40,000. On Friday, the Supreme Court rejected a plea seeking lifting of restrictions imposed by the Reserve Bank of India on cash withdrawals. A three-judge Bench, headed by the CJI Ranjan Gogoi, advised moving “high court concerned for appropriate relief”. The depositors have been protesting over the past three weeks, seeking their money back. A protest will also be held on Saturday outside Mumbai's Esplanade Court, against RBI and the PMC bank accused.  Watch the full report here:

70-year-old Murlidhar Dharra died of cardiac arrest on Friday after failing to withdraw money from his #PMC Bank account. The money was for his bypass surgery. This is the fourth death of a customer reported under duress related to the #scam-hit #bank pic.twitter.com/dIr83WEPOE