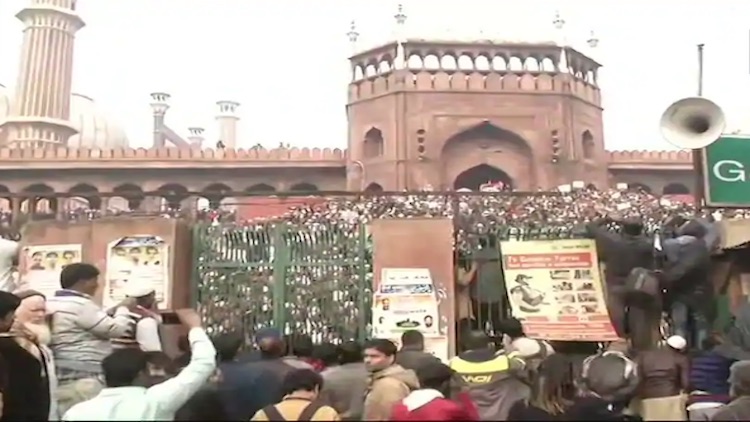 On the face of it, the administration is cautious to deal with any kind of situation amid the protests against the Citizenship Amendment Act in Delhi. The Delhi Metro has closed three metro stations — Chawri Bazaar, Lal Quila and Jama Masjid — in view of the protests in the national capital. Delhi Mahila Congress chief Sharmistha Mukherjee and other Party workers protesting against the CAA outside Home Minister Amit Shah's residence were detained on Friday.

MS Randhwa, Delhi Police PRO, who is present at the spot said: “Section 144 is not imposed in Jama Masjid. People here are cooperating and want peace.” Delhi Police is monitoring the situation by using drones. Section 144 has been imposed at 12 out of 14 police stations in north-east Delhi.

Joint CP Alok Kumar said, "Enough force has been deployed, including 10 CRPF and RAF companies in the northeast district."