Anti-CAA: Women Protesters Lathi-Charged By UP Police In Azamgarh 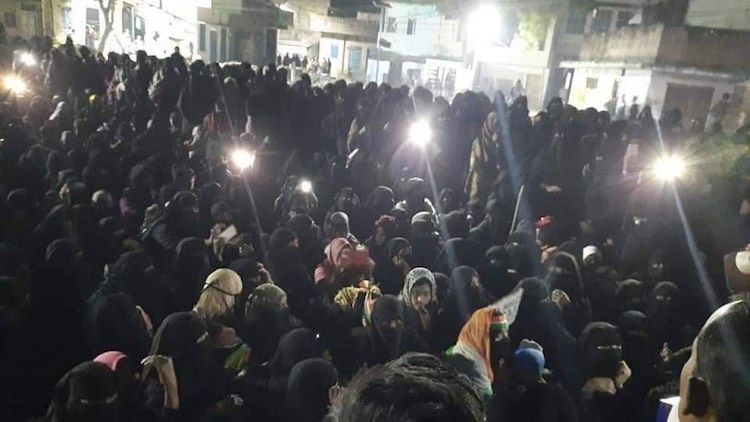 Uttar Pradesh’s Yogi government has adopted a brutish attitude in dealing with anti-Citizenship Amendment Act (CAA) protests in the state, with the Uttar Pradesh (UP) police resorting to barbaric action against women and children in a bid to quell the anti-CAA protests.  The latest incident is from Azamgarh, which is the Parliamentary constituency of Samajwadi Party chief Akhilesh Yadav. Police resorted to baton charge and fired teargas shells at women protesters and their children here on Wednesday, in which several people, including women and children, have been injured. One 55-year-old woman had to be admitted to the ICU after she suffered a deep wound on her head. Also Read: PM Modi Announces Constitution Of Ram Temple Trust In Ayodhya

Protests had been going on in Azamgarh’s Bilariyaganj on the lines of Delhi’s Shaheen Bagh for the past several days and Azamgarh Police and women protesters had been clashing time and again over ending the protests. Now, it is being alleged that the UP Police resorted to baton charge and stone-pelting and fired teargas shells at women protesters and their children at 4 a.m. on Wednesday. After this, the police flooded the protest site with water to stop the protesters from gathering there again. According to media reports, the UP Police also took at least 20 people into custody after this action. Azamgarh MP Akhilesh Yadav is yet to break his silence on this brutal police action against women and children. Serious questions are being raised time and again over the modus operandi of and arbitrary action taken by the UP Police against anti-CAA protests.  Earlier, an FIR had been registered in Lucknow’s Gomti Nagar Police Station against seven people, including former UP Governor Aziz Qureshi, because they had taken out a candle match to express their solidarity with protesters.