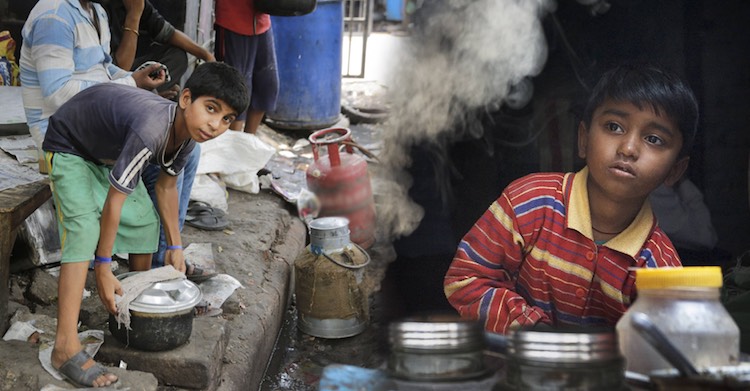 Crores of children all over the world are still made to work since childhood due to poverty and hunger. To tackle the problem, June 12 is observed as World Day Against Child Labour all over the world to raise awareness and implement action. The situation is worst in poor-developing countries, where crores of children are working on roads, hotels, and factories to feed themselves and their families.

The 2017 report of the International Labour Organization states that the number of children aged 5-14 is 25.9 crore in the country. Of these, more than one crore children work as daily wagers. That means 3.9% of the total population of children. The highest child labour is being practiced in rural areas where 80.1 lakh children are engaged in child labour.

According to statistics, 4.27 crore children of the country are deprived of school education. The reason for this is poverty, not understanding the value of writing, education and lack of facilities. There have also been cases of child trafficking in the country, to make them forcefully work.

Government statistics show that 3 lakh 18 thousand 748 children went missing within the period 2014 to 2019 i.e. six years. Experts say that many gangs are active in the country who kidnap children and make them bonded labourers.

Although the government has made child labour a crime by making laws, the bare reality is often open in roadside dhabas, tea shops, and neighborhood factories.