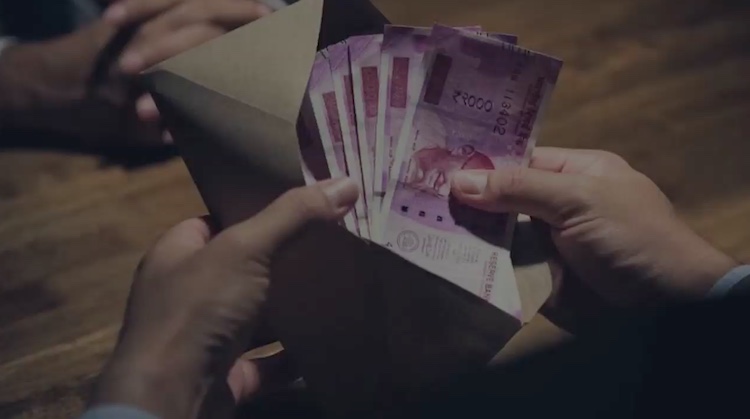 It is International Anti-Corruption Day today but according to a report, bribery is going on indiscriminately in government offices across the country. This startling fact has come to light in a survey conducted by Transparency International India and Local Circles. According to the report, in 2019, one in two Indians paid bribes to get their work done. This is totally against Prime Minister Narendra Modi’s zero tolerance on corruption and his claims of ‘neither will I take bribes nor let others take it’. Also Read: LGBT Community Unhappy With Transgender Bill 2019

Transparency International India and Local Circles got this survey on bribery conducted in 20 states of the country, in which 1,90,000 people replied to questions through which it was revealed that more than 50% Indians have admitted to giving bribes. In the survey, Kerala, Delhi, Odisha, Haryana, West Bengal and Gujarat were the six states where bribery was between 0% and 49%. The states of Uttarakhand, Andhra Pradesh, Madhya Pradesh, Maharashtra, Chhattisgarh and Goa were the six states where bribery was between 50% and 59%. There are eight states where more than 60% bribes were given and those states are Rajasthan, Punjab, Uttar Pradesh, Bihar, Jharkhand, Telangana, Tamil Nadu and Karnataka. According to this survey, the lowest incidents of bribery were recorded in Kerala at 10%, while the highest were in Rajasthan, at 78%. It has come to light in the survey that bribes are given most during property registration; 26% people admitted that they had given bribes for property registration. On the second spot is the police; 19% people admitted that they paid bribes to the police to get their work done. While 13% people said that they paid bribes to the municipal corporation, another 13% said they bribed transport officers to get their files moving forward.  People admitted that they paid the highest bribes in cash. In the past 12 months, 49.3% people admitted to giving bribes in cash. While 42% directly paid bribes in cash through an agent, around 8.5% people paid bribes through gifts or in some other manner. In the year 2018, 60% people paid bribes in cash, while 38% made the payment of bribes through an agent. In 2017, around 64% paid bribes in cash, while 34% paid bribes through an agent.
TAGS Bribery Anti-Corruption Day corruption