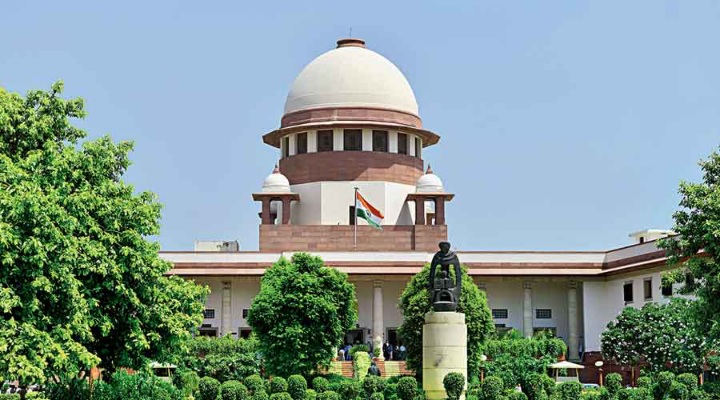 The Supreme Court of India has expressed its strong concern over the liberalised vaccination programme by the centre and said that said that the policy of providing free vaccination by the centre to people above 45 years in the first 2 phases and “replacing it with paid vaccination by the State/UT Governments and private hospitals for the persons between 18-44 years, as , ‘prima facie, arbitrary and irrational’” With regards to the 2nd wave of covid infections, the court noted that “reports indicate that persons between 18-44 years of age have not only been infected by COVID-19, but have also suffered from severe effects of the infection, including prolonged hospitalization and, in unfortunate cases, death”
Also Read:
Mental Health, Covid 19 and The Media : An interaction with Dr. Alok Sarin

In a detailed order by a 3 judge bench headed by Supreme Court Justice Dr DY Chandrachud and also presided by Justices L Nageshwar Rao and S Ravindra Bhat who are Suo motu hearing issues relating to Covid management including vaccination programme, the court also expressed its strong concern that the current policy leaves out vulnerable age groups and also is at a strong disadvantage for the majority of the population living in rural parts of the country due to the digital divide. The court also raised concerns and questions regarding the pricing mechanism for vaccines. Currently under the ‘Liberalized Vaccination policy’ of the centre, vaccine manufacturers Serum Institute of India(SII) and Bharat Biotech which make CoviShield and Covaxin respectively agreed to sell 50 percent of their production to the central government while the remaining 50 percent is split equally among states and private entities like hospitals. Under this arrangement while the centre pays 150 rupees per dose of Covisheild, states have to shell out 400 rupees per dose and private hospitals pay 600 per dose. Several states have challenged this differential pricing policy for putting extra financial burden on the states and have asked the centre to procure the vaccines at a lower cost which the states can then take. The Centre had defended the differential pricing on grounds that the different rates will spur competition among the manufacturers and lead to increased production. However the court agreed with the amicus that since the rates for the vaccines was already pre-fixed, the differential rates would not lead to any price reduction. The court also noted that the government had shared that it had given funding to both the vaccine manufacturers to conduct trials and so ‘it would not be accurate to state that the private entities along borne the risk and cost of manufacture’ the court observed. The court also added, “If the Central Government‟s unique monopolistic buyer position is the only reason for it receiving vaccines at a much lower rate from manufacturers, it is important for us to examine the rationality of the existing Liberalized Vaccination Policy against Article 14 of the Constitution, since it could place severe burdens, particularly on States/UTs suffering from financial distress.” The court has asked the centre to undertake a fresh review of its vaccination policy and address the concerns raised. It has also asked the centre to 1. Place on record a roadmap of projected availability of vaccines till 31 December 2021; 2. The preparedness with respect to specific needs of children in the event of a third wave of the pandemic in terms of medical infrastructure, vaccination trials and regulatory approval, and compatible drugs; 3. Whether under the policy of the centre, it is permissible for State/UT Governments or individual local bodies to access vaccine supplies of foreign manufacturers; 4. The number of crematorium workers vaccinated in phase 1. A targeted drive can be conducted for vaccination of the remaining crematorium workers;  5. The State/UT Governments are diverting the vaccines (procured by them at a higher price than Central Government) for the persons in the age group of 18-44 years to vaccinate persons above 45 years of age, due to a shortage of vaccines being supplied by the Central Government. The manner in which the Central Government will factor this quantity and price differential into their subsequent allocation and disbursal of vaccines to States/UTs for the persons above 45 years of age; and 6. The mechanism for redistribution, if the 25:25 quota in a particular State/UT is not picked up by the State/UT Government or the private hospitals.  The court has given the centre 2 weeks in which to file its affidavit after which the court will take up these aspects in its next hearing in the case. The solicitor General Mr Tushar Mehta had informed the court during the oral arguments on Monday that the centre was open to modifying its policy if it was needed.