Army Chopper Crash With Gen. Bipin Rawat Onboard: What Is The MiV517 Helicopter? 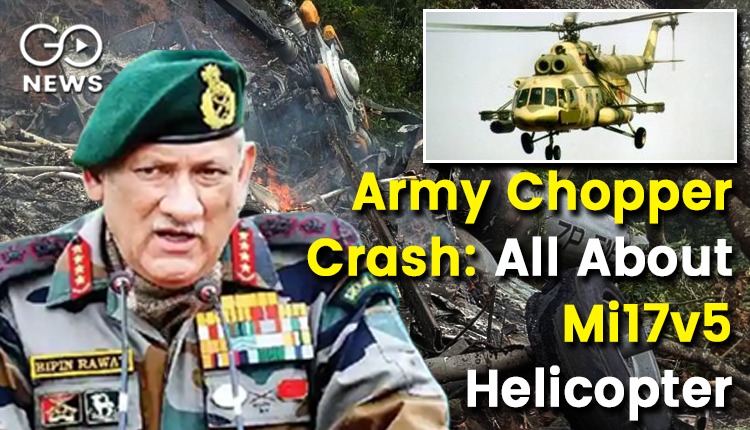 There has been a sensational crash of an IAF Mi 17 V5 chopper in Coonoor in the Niligiri Hills area of Tamil Nadu with high ranking officials aboard, including Chief of Defence Staff General Bipin Rawat and his wife Mrs. Madhulika Rawat. There were reportedly 14 people aboard.

CDS Gen. Bipin Rawat has Been Confirmed On Board The Chopper That Crashed In #Coonoor , #TamilNadu By @IAF_MCC But It Stays Silent On His Present Condition. DSSC: 14 #Army Personnel On Board With 3-4 Sr. Officials. Updates Will Be Provided As Received. https://t.co/XwTlEpSMmU

There have been 13 confirmed casualties while bodies recovered from the site have been taken to Military Hospital in Defence Services Staff College In Wellington. The latest news is that health officials on the spot have confirmed a total of three rescues. The chopper crashed in a tea estate in Kattery, about 7 km. from Coonoor, Tamil Nadu. Tamil Nadu Chief Minister MK Stalin will reach Coimbatore at 5 PM to assess the situation. Other political leaders such as Delhi CM Arvind Kejriwal and former Punjab CM Captain Amarinder Singh have also expressed their grief over the incident. Union Defence Minister Rajnath Singh will address the Parliament regarding the incident today. As of now there is no official confirmation as to the fate of General Bipin Rawat, his wife, and other senior officers on board.   Purchase And Delivery Of Mi17V5 Helicopters For Indian Army India acquire the Mi 17 V5 choppers as military and troop transport helicopters for the Indian Army. It has been manufactured by the Russian company Kazan Helicopters, which is a subsidiary of Russian Helicopters. It is described as one of the most advanced transport helicopters in the world. The helicopter can transport cargo and armed soldiers inside and using a sling. It has a maximum take-off weight of 13,000 kg and can carry either 36 armed soldiers inside the craft or a 4,500 kg load on a sling. The helicopter can be used for troop and arms transport, fire support, escort convoys, along with deployment in patrol and search-and-rescue (SAR) missions. During the Aero India Show in 2013, the Indian Defence Ministry placed an order for 12 Mi-17V5 helicopters in February 2013.Similarly, in 2008, the Defence Ministry ordered 80 helicopters at a cost of $1.3 billion form Russia. Russia had begun delivering the helicopters to India In 2011, of which 36 were delivered in the beginning of 2013. In 2018 there was a fresh agreement concluded between India and Russia’s Defence Ministries for 48 more of these helicopters for a cost of $1.1 billion.