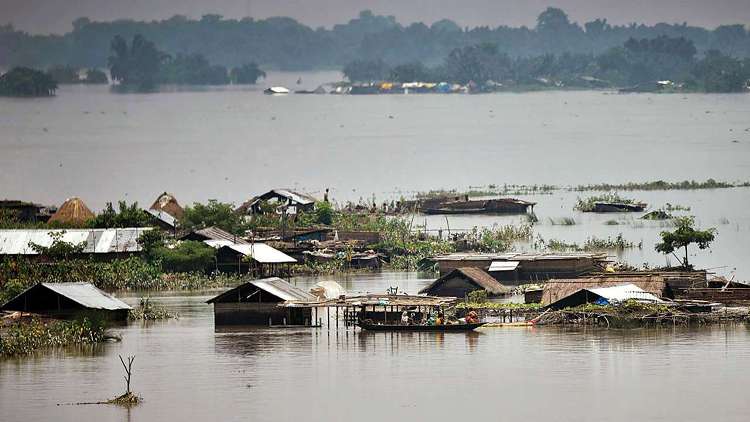 After heavy rains, the number of people who have died in the Assam floods has reached 33. Six deaths due to drowning were recorded in Dhubri, Nagaon, Barpeta, and Nalbari, while a 50-year-old man was killed due to landslide in the Cachar district. In some relief, with heavy rainfall now abating, water levels are coming down.

According to the Central Water Commission, in most of the rivers in the state, including the Brahmaputra, the water level has started subsiding, but some rivers are still flowing above the danger mark. The Meteorological Department estimates that there will be little rainfall in the state for the next four-five days and the water level of the rivers is expected to be above normal. In Jorhat, Tezpur, Guwahati, Goalpara, and Dhubri, the Brahmaputra is still flowing above the danger mark.

According to the Assam State Disaster Management Department, the number of flood-affected districts has come down from 25 to 21 while the number of affected people has reached 14,95,000. The constant rain has also affected the fire extinguishing operation in the Baghjan Oilfield, which erupted on June 9. Due to floods, the road to reach the oilfield has been closed and a new road is being prepared.