At Least 17 Dead In 20 Districts In Odisha Floods 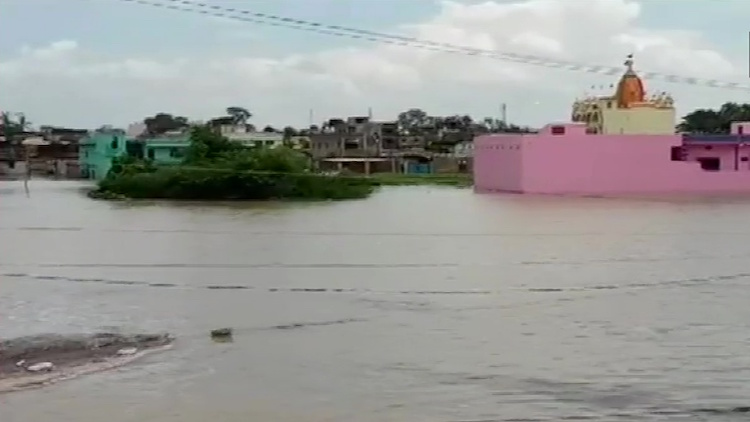 Several areas have been submerged due to heavy rains in many states like Odisha, Madhya Pradesh and Chhattisgarh. Many rivers are in spate in Odisha and at least 17 deaths in 20 districts have been reported while over 20 lakh are flood-affected.  According to the state government, the biggest reason for the flood is the increase in the water level of Mahanadi, following which tributaries like Kathjodi, Devi, Paika water is flowing above the danger mark in many places. Apart from these, the rivers Subarnarekha, Budhabalang, Baitarani and Brahmani are also in spate. According to the state government, a total of 112 blocks, 3,256 villages, 896 Gram panchayats, 21 urban local bodies and 75 wards have been badly affected due to floods.
Also Read:
Unlock 4.0: Centre Eases Restrictions As Covid-19 Cases Soar; Metro Services To Resume Fro

The situation in Jajpur, Kendrapada, Cuttack, Khordha, Puri and Bhadrak districts is very serious, while problems are mounting in Balasore, Bargarh, Angul, Dhenkanal, Jagatsinghpur Jharsuguda, Keonjhar, Mayurbhanj, Nayagarh, Nuapada, Sambalpur, Sonepur and Sundergarh. After the opening of the gate of Harikund Dam in Sambalpur city, the entire city has been submerged.

Odisha: Around 2,000 people from low-lying areas of Sambalpur city have been shifted to the flood relief centers, after water entered many areas causing flood-like situation, following the discharge of huge volume of water from Hirakud Dam pic.twitter.com/Bt5kjPsKct

The state government has said that 1,68,904 hectares of crops have been destroyed due to floods in Odisha, while contact with 340 villages has been damaged and 10,382 houses have been damaged. 14 NDRF teams, 17 SDRF, 22 fire brigade teams have been deployed to handle the situation. In addition to Odisha, eight people have died due to floods in Madhya Pradesh. More than 8,500 people have been resuscitated from 454 villages in 12 districts of the state so far. A total of 857.8 mm in the state till 8:30 AM on Sunday. The rainfall was 753.5 mm normal. 14 percent more than. The situation is bad in Indore, Ujjain, Shajapur, Ratlam, Dewas, Jhabua, Alirajpur, Mandsaur, Sagar, Hoshangabad and Neemuch. At the same time, Narmada river is flowing above the danger mark in Hoshangabad, due to which there has been a lot of destruction in the districts of Hoshangabad, Raisen and Sehore. The danger of flooding in Gujarat has not been avoided. According to the state government, 11 talukas in Panchmahal, Rajkot, Banaskantha, Botad, Vadodara, Surat, Dwarka and Junagadh districts received more than 100 mm of rainfall on Sunday.