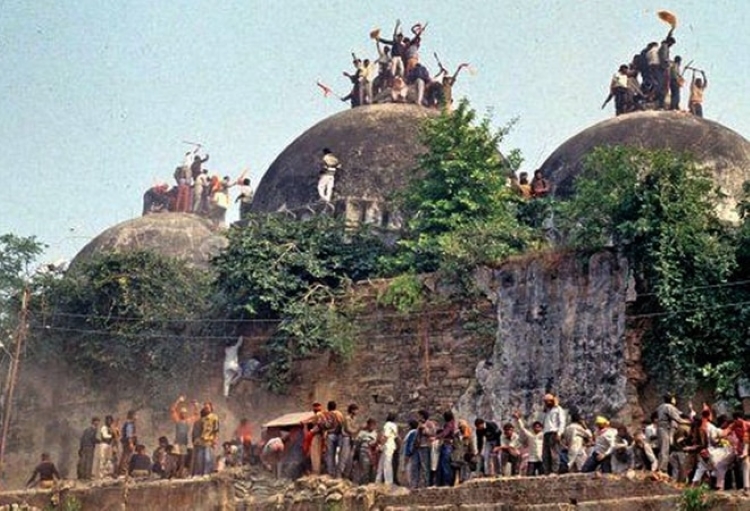 A CBI special court in Lucknow has acquitted BJP founding member and patriarch of the party Lal Krishna Advani and 31 others in the criminal case involving the demolition of the Babri Masjid in 1992 in Ayodhya. Reading out the verdict in Lucknow on Wednesday, special judge SK Yadav concluded that ‘there was not enough evidence against the accused’ and that there was no evidence that the demolition of the Babri masjid was pre-planned. While Advani and 5 others including veteran BJP leader and former Union ministers Murli Manohar Joshi and Uma Bharti were not present in court and were connected via a video link, 26 other accused were present to hear the judgement being read out.
Also Read:
UP: Power Employees Take Out Torch Rally Against Privatisation, Threaten To Intensify Agit

In December 1992, 'Kar Sevaks' who had gathered in Ayodhya had brought down the Babri Masjid claiming that the Masjid stood on the ground of an ancient Ram Temple. More than 3000 people were killed in communal clashes that broke out across the country following the demolition of the mosque. Advani and other VHP leaders were accused of being present at a dais near the site and instigating the mob of Kar Sevaks to bring down the Babri Masjid. While charges of criminal conspiracy had been initially dropped by the trial court, the Supreme Court had in 2017 restored the charges of criminal conspiracy including rioting, unlawful assembly, promoting enmity between different groups against Advani and others and also directed the special CBI court to hold a daily hearing and conclude the trial within 2 years. In November 2019, a five-judge bench of the Supreme Court of India had settled the civil suit concerning the ownership of the disputed land and ordered that the 2.77 acres disputed land be handed over to a trust to be set up by the Union government to build a Ram temple. The court also ordered that 5 acres of land be given to the Waqf board for the purpose of building a mosque in Ayodhya. The Supreme court had in its 2019 order also noted that the demolition and desecration of the Babri Masjid was a violation of law.