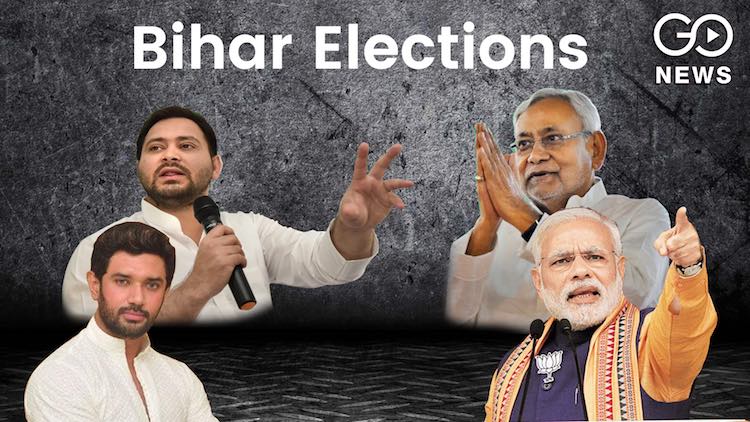 Amid a neck and neck contest between the NDA and the RJD-led Mahagathbadhan, exit poll projections show the Grand Alliance holds an edge over the NDA. Some exit polls predicted a hung House in Bihar, with Mahagathbandhan gaining as many as 138 seats while NDA can bag 128 seats at maximum. The third phase voting for the 243-member Bihar Assembly concluded at 6 pm on Saturday, with the voter turnout recorded at 55.22%. Any party or coalition needs the majority mark of 122.
Also Read:
COVID-19 Picks Pace Again In US, 93% Of New Victims Are Trump Voters

Here are the projections of exit polls: Times Now-CVoter predicts a hung house, with NDA winning 116 seats; MGB at 120, and Chirag Paswan’s LJP to get only one seat IndiaToday-Axis My India projects NDA to get 68-91 seats, MGB to win 139-191 seats, and LJP between 3-5 seats ABP C-Voter predicts 104-128 seats to NDA; 108-131 to MGB, and 1-3 seats to LJP Republic TV-Jan Ki Baat gives 91-117 seats to NDA, 118-138 seats to MGB, and 5-8 seats to LJP According to the India TV Axis Poll, 31% say Tejashwi Yadav is their preferred choice for the next CM. The Bihar results will be announced on Tuesday, November 10 and it remains to be seen how accurate the various Exit Polls will be. In the last elections, the total voter turnout was 55.66%