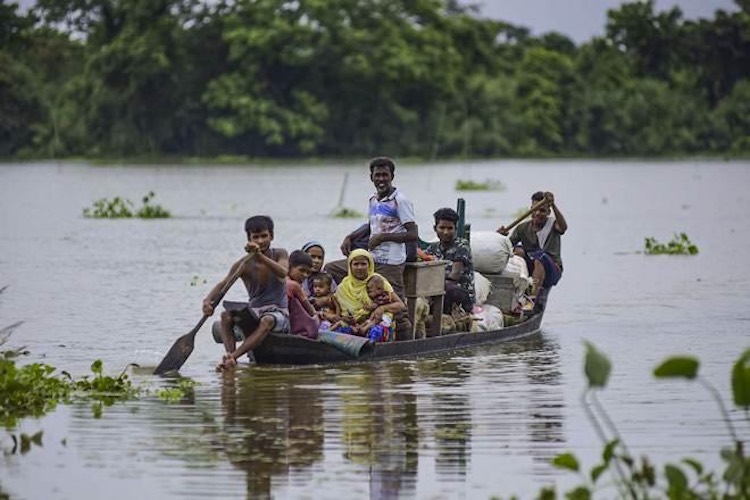 After Assam, floods have caused severe devastation in Bihar. So far 18 people have died in the state while over a million people have been affected. Due to the incessant rains, many rivers are in spate, and dams are cracked at some places.

Secretary of Bihar State Disaster Management Authority, Supriya Amrit said, “Around 10 lakh people are affected due to floods. With the help of NDRF & SDRF, we evacuated 1 lakh people. 21 relief camps have been set up. 271 community kitchens are working out of which, 186 are in Darbhanga.”

The western Champaran district of the state, which is near the Nepal border is worst affected by the deluge. The Gandak River originating from Nepal passes through this district. The villages and towns of the district have been flooded due to the rise of the Gandak river. So far, seven people have lost their lives while 1.5 lakh people have been affected by the floods.

Floods in Darbhanga, East Champaran, Shivhar, Supaul, Kishanganj, Muzaffarpur, Gopalganj, Samastipur and Khagaria districts have worsened the situation. In the Vaishali district too, the water level of the Gandak river is increasing rapidly. Here the water level of the river has reached 51.67 meters, which is flowing 1.17 meters above its danger mark.

Water Resources Minister Sanjay Jha said that the state government has demanded a helicopter to deliver food packets to the people affected by the Indian Air Force. He also said that moderate rainfall is expected in many areas of the state for the next two-three days. In such a situation, the work of repairing broken dams will have to be completed soon.