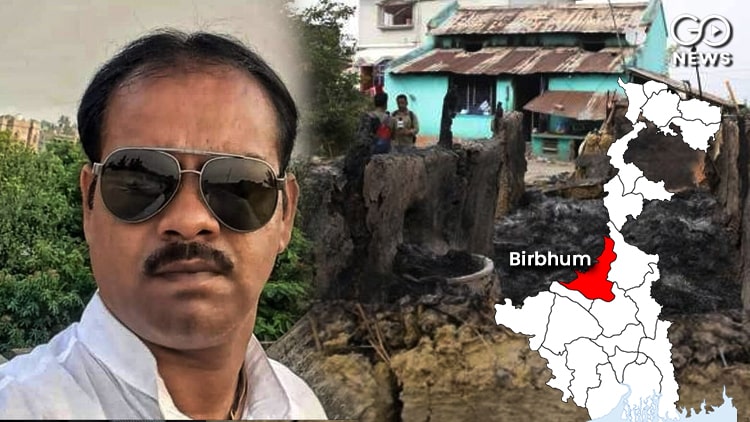 On Tuesday March 22nd , at least 11 people were killed after a mob set their houses on fire in Rampurhat in West Bengal. The CPI(M) alleged the victim's houses were set ablaze to avenge the killing of Bhadu Sheikh, a TMC panchayat leader, on Monday. Sheikh was killed after crude bombs were hurled at him in Rampurhat.
Also Read:
IPL 2022: New Format, Full Squad With Price, 10 Teams 10 Captains, Predicted 11

Police said two FIRs have been filed – one over deputy pradhan Bhadu Sheikh’s killing and the other over the attack on the houses. Eleven people have been arrested in the second case. While police denied any sort of political agenda and said that is was a case of rivalry between the two groups, the incident was addressed by Union Home Ministry in New Delhi and Kolkata where they sought a report from the state government. The state government set up a Special Investigation Team to look into the crime. The opposition parties targeted the TMC-led state government for the “deteriorating law and order”, with the BJP walking out of the state Assembly in protest. West Bengal Governor Jagdeep Dhankar who is frequently at odds with the Mamata Banerjee-led West Bengal government, reacted sharply to the incident and expressed lack of confidence in the state police's investigation, calling it vulnerable to political pressure.

This savagery is being justifiably compared by many to incidents in the state few years ago, while HCM was in opposition. pic.twitter.com/Z7vXiVdLFP

The police said that Bhadu Sheikh, 38, the deputy pradhan who is associated with the ruling Trinamool Congress, was standing near the Bogtui crossing late Monday evening when four men on two motorcycles allegedly lobbed crude bombs at him. Sheikh was taken to the government hospital in Rampurhat block, but died on the way. Some hours later, around 4-5 houses, including that of Fatikh Sheikh and those belonging to relatives of Sona Sheikh — two of the accused in Bhadu’s murder was allegedly attacked and set on fire. The repercussion of this violence is seen all across the nation. In the capital BJP MPs protest in the Parliament premises, over this incident. West Bengal CM Magmata Banerjee will visit Birbhum district  on Thursday. At least 23 persons have been held in connection with the case so far. While one was held in connection with the bomb attack that killed TMC leader Bhadu Sheikh, and 22 persons were nabbed in connection with the death of eight persons in the same village after their houses were set on fire following Sheikh’s murder. The police have lodged two separate cases for the deaths.  Meanwhile, a team of State Forensic Science Laboratory (SFSL) and SIT have reached Birbhum's Rampurhat on Wednesday for further investigation.

The ministry of home affairs (MHA) on Tuesday sought a detailed report from the West Bengal government over the violent attack. Reportedly, nine BJP MPs from the state met home minister Amit Shah and sought his intervention and action in the incident. This case, now called as Birbhum violence case also saw the Opposition BJP attacking the state government and demanding the resignation of Chief Minister Mamata Banerjee, who also holds the Home portfolio. BJP leader Arjun Singh said in a tweet, “There is a failure of law and order in WB. Innocent people are being killed. Even the police do not help the people in the state. TMC leaders are fighting among themselves. CM Mamata Banerjee should immediately resign. CBI enquiry should be done”.

There is a failure of law and order in WB. Innocent people are being killed. Even the police do not help the people in the state. TMC leaders are fighting among themselves. CM Mamata Banerjee should immediately resign. CBI enquiry should be done: BJP leader Arjun Singh pic.twitter.com/GgKw2idGmi

Apart from this the Bengal BJP filed a PIL in the Calcutta High Court demanding a CBI and NIA probe into the incident and also compensation for the families of those who died in the attack on their homes. The court is likely to hear the matter later this week.