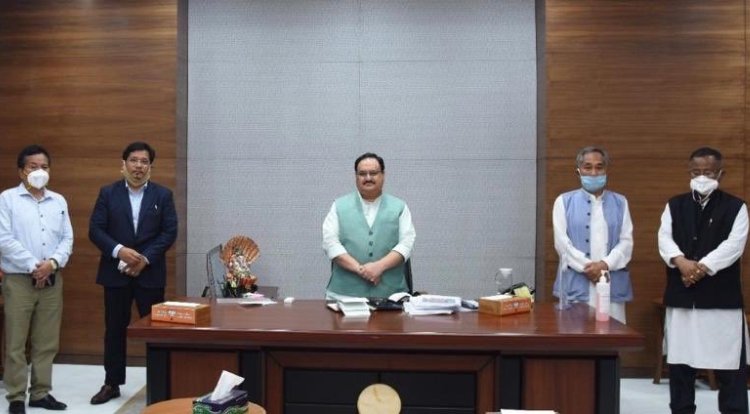 The danger hovering over the government of the BJP-NPP alliance led by CM N. Biren Singh now seems to be passing away. After meeting Home Minister Amit Shah and BJP President JP Nadda, the NPP MLAs who rebelled against the BJP have now agreed to support the Manipur government again.

After the meeting, Hemanta Biswa Sharma tweeted that the National People's Party delegation led by Conrad Sangma and Deputy Chief Minister Y Joy Kumar Singh met Union Home Minister Amit Shah. For the development of Manipur, both BJP and NPP have decided to work together.

After Hemanta Biswa Sharma, Meghalaya CM Conrad Sangma also tweeted. He wrote, The NPP delegation had a positive meeting with Amit Shah and JP Nadda and we have decided to work with the development of Manipur.

The BJP government in Manipur suffered a setback when three BJP MLAs left the party and joined Congress. Soon after, four ministers, including Deputy Chief Minister Y Joy Kumar Singh from the NPP quota and one independent legislator from the Trinamool Congress, withdrew their support from the government.

On the other hand, the Congress party took these 9 MLAs in confidence and formed a coalition called the Secular Progressive Front. The NPP leaders had also announced their support to the Congress and claimed to meet the Governor and form the government, but now that dreams of the Manipur Congress seem to be eclipsed.