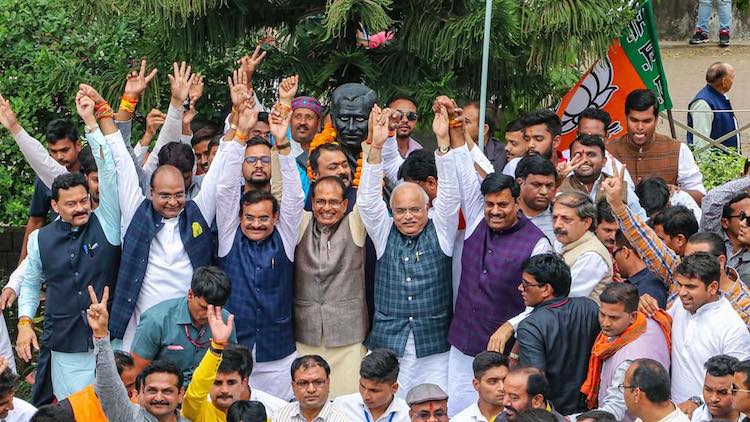 Water Resources Minister of the State government, Tulsi Silawat tweeted,“Despite having no symptoms, we underwent a Covid-19 test on the instructions of the chief minister. My wife’s and my reports have come back positive. I hope we will defeat Corona with good wishes of people and work for people with the same dedication. My appeal to my friends is they should undergo the test.” After CM Shivraj and Minister Arvind Bhadauria found infected, all the ministers were asked to be quarantined, but Tulsi did not obey the order and he was going from village to village for several days to campaign for the Samveer assembly bypoll. In the last week, the minister has met about 3,500 people. There is a possibility of COVID-19 spread among other ministers in Shivraj Government as well. BJP State Organization Minister Suhas Bhagat was also meeting continuously at the state BJP office in the capital Bhopal. Recently, he along with Shivraj Singh Chauhan arrived in Lucknow to pay tribute to Lalji Tandon. Organisation Secretary, Gwalior and Bhopal division, Ashutosh Tiwari has also been found infected, who did not quarantine himself and instead was meeting Suhas Bhagat and CM Shivraj Singh Chouhan. Madhya Pradesh Congress has expressed concern over the large number of BJP leaders getting infected. The party tweeted, "It is sad for many BJP leaders who are running negative in every region to be found Coronavirus positive. The public must keep the necessary distance”.