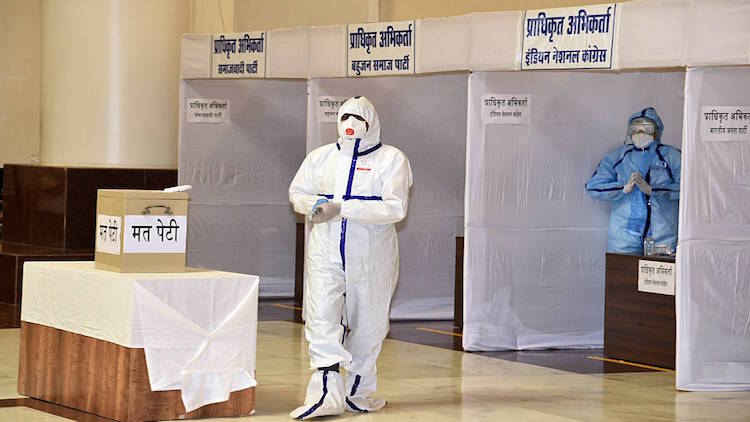 A BJP MLA, who voted in the Rajya Sabha elections in the Madhya Pradesh Legislative Assembly, has tested positive for Coronavirus. Omprakash Saklecha is a BJP MLA from the Javad Assembly in Neemuch district and has been in Bhopal since June 16. Chaos ensued after the news of the MLA being infected broke out in the MP BJP camp.

Madhya Pradesh: A BJP MLA who had participated in voting for Rajya Sabha elections yesterday has tested positive for #COVID19.

A polling station was set up in the Assembly Secretariat where MLA Sakleja had also voted. Now the footage of the polling booth is being scrutinized and the people who came in contact with MLA Sakaleja are being identified and preparations are on to quarantine them. Omprakash Saklecha was in the capital Bhopal from June 16 and during this time he also attended the BJP Legislature Party meeting in which Union Ministers Prakash Javadekar, Narendra Singh Tomar and CM Shivraj Singh were present. Now the question is arising that when the MLA was ill and he had symptoms of the virus, then why did he not quarantine himself? Apart from this, when the BJP MLA went to cast his vote on Friday, it could not be detected during thermal scanning, that his condition was unwell. It is being said that now most of the MLAs of Madhya Pradesh will get their COVID-19 tests done.