BJP MP Calls BSNL A ‘Blot’ On The Country, Its Employees ‘Traitors’ 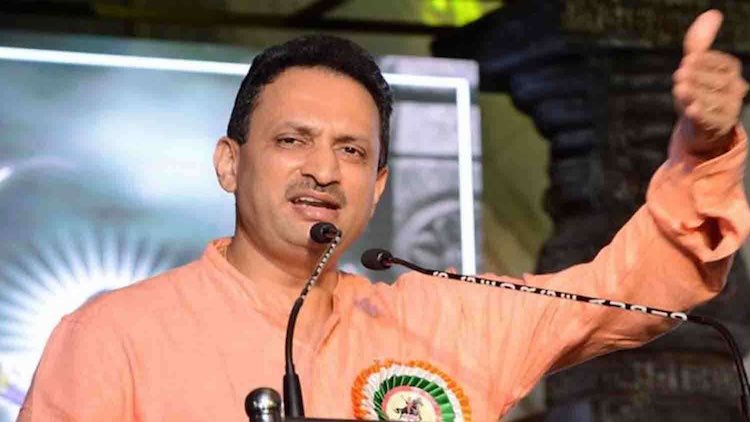 Controversial BJP MP and former Union Minister Anant Kumar Hegde has once again stirred up controversy by calling BSNL a ‘blot’ on the country and its employees ‘traitors’. At a public meeting in Kumta in Uttar Kannada district on Monday, Anant Kumar Hegde described 85,000 employees and officials of public sector telecom company Bharat Sanchar Nigam Limited as ‘traitors’ and ‘anti-national’. He said that BSNL is such a system, which is full of traitors.

BSNL employees are traitors who weren't willing to work to develop a well-known firm. More than 88000 employees will be fired, as govt will privatise BSNL: BJP MP Anantkumar Hegde on BSNL

He was speaking at an event held on Aug 10 in Kumta, Uttara Kannada district, #Karnataka pic.twitter.com/BfxbK25EQX

He said: “People know what the BSNL network is like. It is still better in Uttar Kannada but you will not get the network at all in Bengaluru and the whole BSNL is a’ blot’ on the country”. He further said that there is “too much” laziness in BSNL, due to which it has been decided to remove some 88,000 employees. “The only cure for that is privatisation which our government will do. Some 85,000 will be fired and later on more need to be fired,’ he was seen saying in the video. Referring to an old incident, the BJP MP said that once during a meeting in Uttara Kannada district, he had reprimanded the BSNL officers and called the ‘anti-national’. Anant Kumar Hegde has given this statement at a time when the country's telecom sector is going through a crisis. Private telecom companies are in trouble and the scope of BSNL is also shrinking. In a way, Reliance Group company Jio is dominating the market with the largest share in the telecom sector and its dominance is increasing. It is being said that due to the wrong policies of the government, this plight of BSNL has taken place and now its employees are being called ‘traitors’. This is not the first time that BJP MP Anantkumar Hegde has made such a statement, he is often marred in controversies. Earlier, he had described the freedom struggle led by Mahatma Gandhi a ‘drama’, triggering a controversy. Anant Kumar Hegde said that the entire struggle for independence was artificial and had the support of the British Empire. "None of these so-called leaders were beaten up by the cops even once. Their independence movement was one big drama. It was staged by these leaders with the approval of the British. It was not a genuine fight. It was an adjustment freedom struggle," he said.
TAGS controversy Karnataka Traitors BSNL employees BSNL BJP MP Anant Kumar Hegde