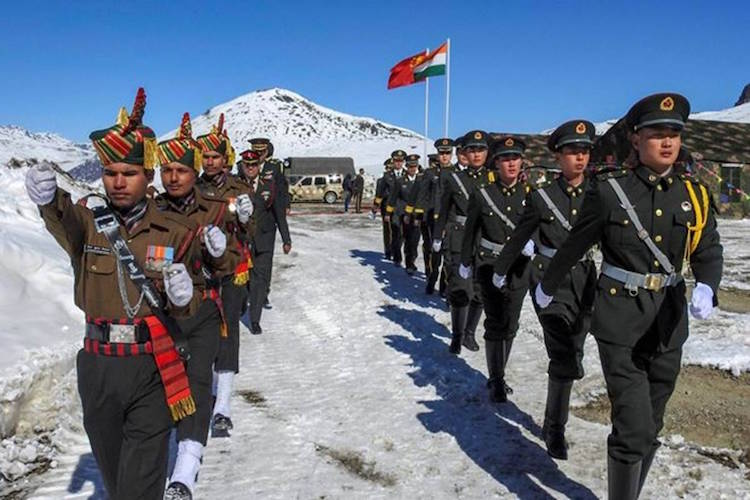 To resolve the border tensions, the diplomatic talks between India and China on Thursday remained inconclusive. China is not ready to withdraw its troops from Pangong Tso Lake and Gogra Hot Spring. However, both countries were positive about the diplomatic meet and said they’ll continue to work towards de-escalation. The border dispute in Ladakh erupted in May and since then it was the fourth diplomatic-level dialogue between both the countries. Apart from this, several rounds of talks have also taken place at the level of military officers. However, despite so many rounds of negotiations, China is adamant about not withdrawing its troops from the areas of Pangong Tso Lake and Gogra Hot Spring.
Also Read:
Cash-Strapped Kuwait Struggles To Pay Government Salaries

Describing the meeting as positive, China has said that both countries are moving towards withdrawing their troops. China also said that the agreement between the two countries should be followed. Indian Foreign Ministry spokesman Anurag Srivastava has also called it a candid and in-depth conversation. ‘There is an understanding to implement the agreement between the Foreign Ministers and the two Special Representatives of the two countries and both countries have agreed to withdraw troops on the Line of Actual Control in the Western Sector,’ he said. Srivastava also said that both countries considered it necessary to continue to have close interactions at diplomatic and military levels to withdraw troops from the LAC. In the meet, India was represented by Naveen Srivastava, Joint Secretary for East Asia Affairs, while China was led by Hong Liang, director-general of the department of boundary and ocean affairs under the Chinese Foreign Ministry. After the meeting, the Chinese Foreign Ministry also issued a statement saying ‘that the two countries reviewed the current situation on the LAC. The process of troops withdrawal by both countries is a positive move. Candid and in-depth discussions have also taken place on the remaining unresolved issues.’

By Alwin Benjamin Soji 21 hours ago