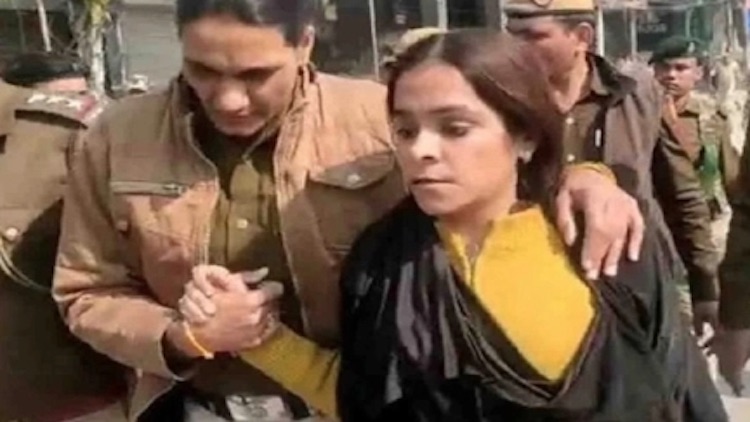 Peaceful protests by women against the Citizenship Amendment Act (CAA), National Register of Citizens (NRC) and National Population Register (NPR) have been going on in Delhi’s Shaheen Bagh for the past 52 days. But regular efforts are being made to malign the protest and foment trouble at the site. The latest case is related to a woman who made her way into the Shaheen Bagh protest site wearing a ‘burqa’. The suspected woman had hidden a spy camera in her clothes and was asking the women protesters several questions. When women protesters smelled a rat, they began questioning and searching her and found a spy camera with her, which led to an uproar at the site. Also Read: New Zealand Beat India By 4 Wickets In 1st ODI In Hamilton

The woman has been identified as Gunja Kapoor; she was handed over to the police by protesters. Gunja Kapoor is very active on social media. She has uploaded a photograph of former Prime Minister (PM) Atal Bihari Vajpayee as the cover photo of her Twitter handle and PM Narendra Modi follows her on Twitter. Kapoor has said that she hails from Lucknow on her Twitter handle. Her introduction also claims that she curates a YouTube channel called Right Narrative, which is affiliated to right-wing ideology. According to the news agency ANI, Kapoor is a political analyst and the Delhi Police is currently interrogating her. In the past week, several efforts have been made to spread anarchy at Shaheen Bagh, where women are protesting peacefully. Last week, an armed man had even resorted to aerial firing there.