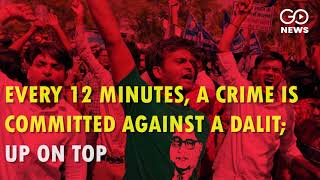 Twenty people have been killed in a horrific road accident in Uttar Pradesh’s Kannauj district on Friday night. The incident took place near Sirohi village on the GT Road Highway at around 9.30 p.m., when a massive fire broke out after a collision between a private sleeper bus and a truck. After the fire started, several passengers managed to escape from the bus by breaking its glass windows. Both the bus and the truck were burnt to the ground following the collision. Also Read: India Wins T20 Series Against Sri Lanka

While 20 people have died in the accident till now, several others have been injured. Kanpur Range Inspector General Mohit Agrawal said that there were 45 passengers in the bus, out of which 25 passengers have been rescued. While 23 injured persons were admitted to hospital, two people are known to be safe.  The ill-fated bus was on its way from Kannauj’s Gursahaiganj to Jaipur. Prime Minister Narendra Modi and U.P. Chief Minister Yogi Adityanath have said that they are deeply saddened by the accident. Expressing its condolences, the U.P. government has announced a compensation of Rs 2 lakh each for the relatives of the deceased persons and Rs 50,000 each for those injured in the accident.

Kannauj #UttarPradesh A bus carrying around 50 passengers caught #fire after collision with a truck on GT Road. At least 20 people are reported dead and 25 people were rescued. pic.twitter.com/iCenKWPH41