Originating states will have to also set up help desks where migrant workers are currently staying and publicise where they can get food, water and shelter while waiting for a ride back to their villages.

No #migrantworker returning home to be charged bus or train fare

The Supreme Court had on Tuesday taken Suo Motu cognizance of the plight of migrant workers after several civil rights activists, jurists and others wrote to the court seeking its intervention. The Supreme Court had also referred to the images shown in the media while deciding to hear the case. Representing the Centre, the Solicitor General of India, Tushar Mehta, told that court that the Centre and states were working above party and political lines to provide support. He also added that while a lot was being done to control the COVID-19 situation and help migrant workers, certain unfortunate incidents were repeatedly telecast or reported to shadow the good work by governments. During the arguments which were conducted online, the Supreme Court informed the Solicitor General that while the court was not disputing the fact that steps were being taken, it added that “whoever needs help is not getting help”. According to the Centre, 9.1 million migrant workers had been transported to their villages since the lockdown. Five million of them have been transported via 3,700 special ‘Shramik trains’. The top court has also instructed that while the railways will provide food and water while on board, when migrant workers reach their destination states, it will be up to the state government to ensure that they are given food, temporary shelter and transport to their villages free of cost. The court also ordered that, whenever a migrant is found walking on the road, they will be taken to relief camps at the earliest and help provided to them. The Solicitor General reacted saying that “this may encourage more people to walk”. “People are already walking”, the court informed the Solicitor. 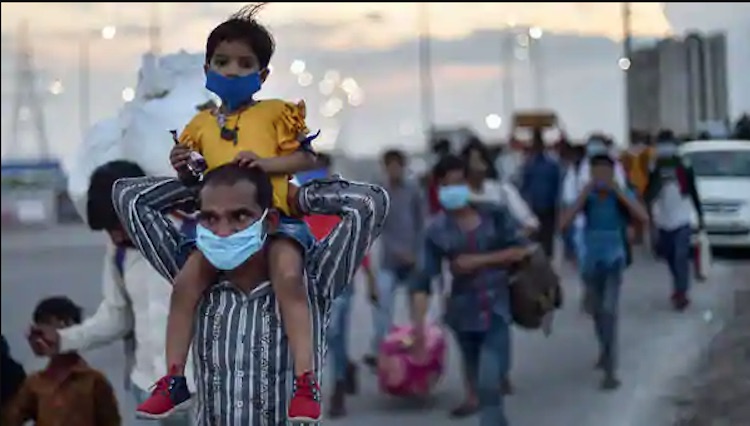 The 3-judge Bench comprising Justice Ashok Bhushan, Justice Sanjay Kishan Kaul and Justice MR Shah also heard an intervenor petition by rights campaigner Medha Patkar and others. The petitioner argued that according to estimates, 40 million migrant workers were waiting to go back and currently just 3 percent of the railway capacity was being used. It was argued that if the lockdown gets extended then it may take 6-8 months to evacuate all the migrant workers. The Supreme Court has given states till June 5 to file their response when it will next hear the case.