‘Can’t Be A Part Of Disempowered House’: Omar Abdullah Writes In An Op-Ed 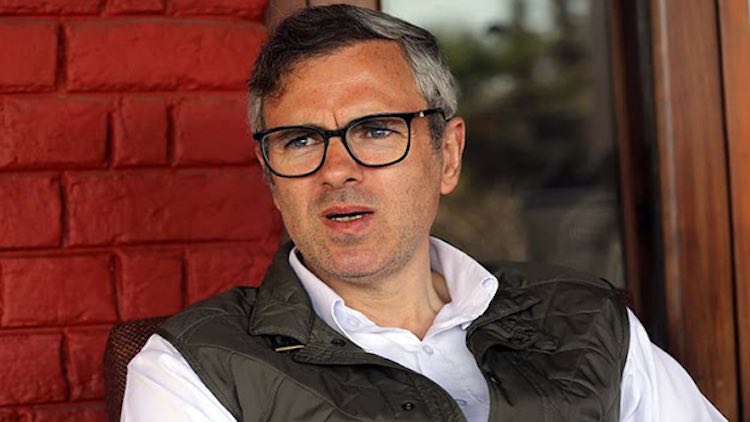 Former Jammu and Kashmir Chief Minister and National Conference leader Omar Abdullah, who was freed after nearly eight months of house arrest, wrote a stirring piece following the abrogation of Article 370 in the English newspaper The Indian Express. He wrote, “It’s almost a year since the revocation of the special status of Jammu and Kashmir on August 5, 2019.
Also Read:
Indians Sent More Money Abroad in May Than April During Pandemic: RBI

The BJP government at the Centre had abolished the status in both the Houses of Parliament, Lok Sabha and Rajya Sabha, within a day. The date was 5 August 2019, the day when the sovereign commitments made to the people of J&K 70 years ago were undone in one stroke. He wrote that “after the re-election of Prime Minister Narendra Modi, rumours started to float about the intentions of the BJP to use its absolute majority in the Lok Sabha to implement its poll promise of abrogating Article 370 and Article 35A of the Constitution. Fears reached a fever pitch when plane loads of central para-military forces where flown in to Srinagar and dispatched all over the state”. “The people were treated to categorical denials by the occupant of the highest office in the state, the Governor, that J&K’s special status faced no threat,” Omar wrote without naming the then Governor Satyapal Malik.

My piece: “J&K participated in democratic processes,shared in nation’s development but the promise made with it wasn’t kept.Removing 370 may have been the popular thing to do,but going back on a nation’s sovereign commitments was not the right thing to do” https://t.co/VISBMOAgSA

“He debunked the rumours, explained away the additional forces suggesting they were required for Assembly elections later in the year. So what does one conclude from this? That the occupant of such a high office deliberately lied to the people or that he wasn’t kept informed?” the former CM wrote. He further wrote that some of them, senior office-bearers of the J&K National Conference, had a meeting with the PM just days before the August 5 developments. “It’s not a meeting I will forget in a hurry. One day I may write about it but propriety precludes me from saying more than that we left the meeting with a completely different impression about what was going to unfold in the next 72 hours. In one fell swoop, everything we had feared came to pass”. “J&K’s special status, an important, perhaps even indispensable, part of the state’s accession to the Union, was revoked. With it, went the framework that determined who a bonafide resident of J&K was. Truth be told, the BJP pushing this wasn’t a complete surprise — it was part of its poll agenda for decades. What came as a shock was the humiliation heaped on the state by downgrading it and splitting it into two Union Territories. Over the last seven decades, Union Territories have been upgraded to states but this was the first time a state was downgraded to a Union Territory,” he wrote. “To this day, I fail to understand the need for this move, except to punish and humiliate the people of the state. If the reason for carving out a separate Union Territory for Ladakh was the public demand among the Buddhist population of the area, then the demand for a separate state for the people of Jammu is a much older demand. If the demand was conceded on religious grounds, then it ignored the fact that Leh and Kargil districts, which together make up the Union Territory of Ladakh, are Muslim majority and the people of Kargil are vehemently opposed to the idea of being separated from J&K. “Many reasons were given to justify the complete dilution of Article 370 when it was being rammed through Parliament, none stands the test of basic scrutiny. It was alleged that Article 370 has fuelled separatism and allowed militant violence to thrive in Kashmir, an end was supposed to herald the end of terrorism. If that be the case, then why is it that almost a year later the same Union government is forced to tell the Supreme Court that violence in J&K is increasing? “Article 370 has kept the people of J&K in poverty was another claim. Even a cursory glance at poverty figures would show that J&K has some of the lowest levels of poverty in the country. Article 370 was alleged to have denied J&K investment. Prior to the outbreak of militancy in the state, J&K was amongst the most progressive states with a growing industrial base and impressive investment in manufacturing. Tourism was a sector that was coming in to its own as far as investments were concerned. What has stopped J&K from attracting investment is the security environment and that’s why a year after the momentous changes there has been no investment worth the mention. It was also claimed that J&K has remained backward because of Article 370. In fact, a comparison with a “developed” state like Gujarat would show that we compare far more favourably in a number of human development indices. “Finally, it was suggested that Article 370 was always meant to be a temporary provision. What they forget to add to this sentence is that it was temporary because of the little matter of the United Nations Security Council resolution 1947 of 1948, but that’s an entirely different op-ed in itself. “As for me, I am very clear that while J&K remains a Union Territory I will not be contesting any Assembly elections. Having been a member of the most empowered Assembly in the land and that, too, as the leader of that Assembly for six years, I simply cannot and will not be a member of a House that has been disempowered the way ours has,” Omar wrote.