Central Paramilitary Forces In The Grip Of Coronavirus 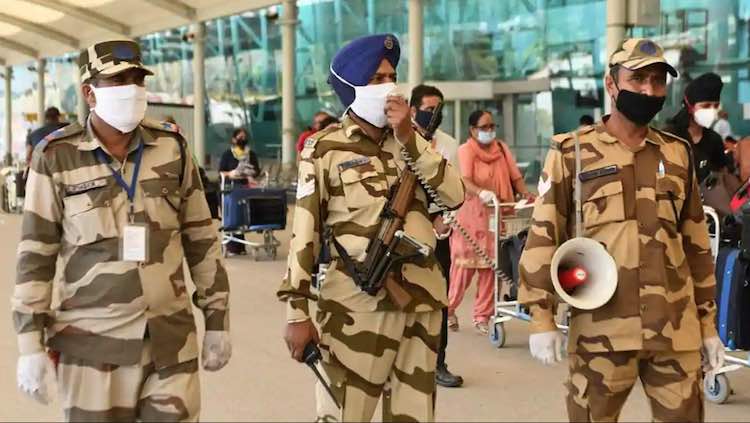 Coronavirus infection has severely hit central paramilitary forces. So far, over 4800 Central Armed Forces personnel are in the grip of the virus. Of these,1905 are active patients. According to the news agency ANI, a total of 1,510 CRPF personnel ie Central Reserve Police Force were found infected, of which 755 infected soldiers are undergoing treatment. So far, nine CRPF personnel have died, with seven deaths occurring in June alone.
Also Read:
Haryana Clears Deck For Ordinance Reserving 75% Jobs For Locals

Whereas eight CISF personnel lost their lives to the virus and four of them died in June. So far 1,021 CISF personnel are infected, of which 38% are active. Similarly, 1300 personnel of BSF ie Border Security Force are found COVID-19 positive. Five deaths have been reported so far, out of which three personnel died last month. Currently, total active cases in BSF stand at 526. Meanwhile, 425 personnel of Indo-Tibetan Border Police (ITBP) are infected, of which 151 patients are active, while three soldiers have died so far. In fact, Sashastra Seema Bal (SSB) is not immune to the virus infection. So far 153 SSB jawans have been hit by Coronavirus and two jawans have died due to infection. Presently, 26 SSB jawans are undergoing COVID-19 treatment. Add to this, 249 National Disaster Management Force (NDRF) personnel have also been infected by Coronavirus, and at least 100 patients are active. 75 Nation Security Guard (NSG) personnel have tested positive, which is the lowest among all paramilitary forces. Meanwhile, 90% of the infected soldiers have recovered.