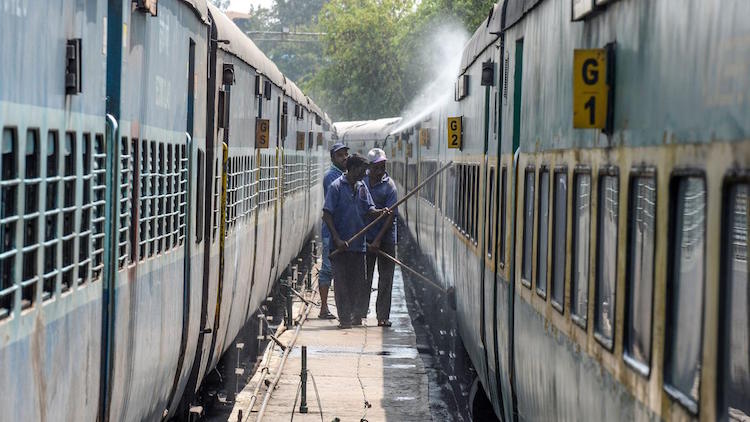 In view of the growing conflict concerning migrants, the Central Government has accepted the demand of the state governments to run special trains for migrants stranded across the country due to the nationwide COVID-19 lockdown. As per the guideline issued by the Ministry of Home Affairs, the Railway Ministry had decided to run ‘Shramik Special’ trains from Labour day (May 1), to move migrant workers, pilgrims, tourists, students and other persons stranded at different places due to lockdown. These special trains will be run from point to point on the request of both the concerned State Governments. Also Read: Australia Advance To The Top Of Men's Test And T20I Rankings

The Ministry said that the Railways will issue guidelines for sale of tickets and social distancing measures, which means that the railways will charge the fare to transport the workers to their home state. The Railway Ministry will deploy nodal officers for coordination between the states. It also added “The Railways will endeavour to ensure social distancing norms and hygiene with the cooperation of passengers. On longer routes, the Railways will provide a meal enroute during the journey.” It added that on arrival at the destination, passengers will be received by the State Government, who would make all arrangements for their screening, quarantine if necessary and further travel from the Railway Station. The passengers have to be screened by the sending States and only those found asymptomatic would be allowed to travel. Tensions mounted between the states and Centre over transporting lakhs of migrants to their homes after most states demanded special trains be run, as arranging buses is going to be a logistical nightmare.
TAGS COVID-19 coronavirus special trains migrant workers migrants Centre Lockdown