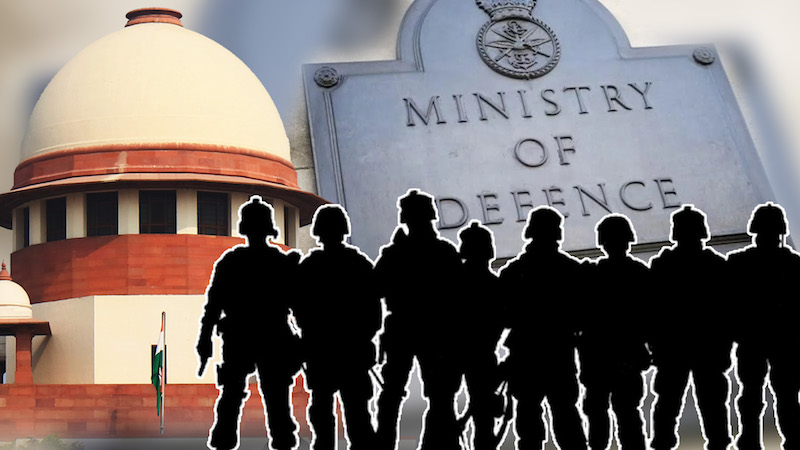 The Central Government has filed a petition in the Supreme Court seeking to keep adultery as a crime in the armed forces. The ministry argued that there should be a provision that the personnel can be dismissed from service on grounds of committing adultery with another officer's spouse.
Also Read:
Israel: World's Most Successful Vaccination Drive Marred By Allegations Of Discrimination

Responding to this, Justice Nariman then stated that the matter would be placed before a five-judge Bench as deemed fit by the Chief Justice of India. In August 2018, the five-member bench constituted under the chairmanship of then Chief Justice Deepak Mishra struck down Section 497 IPC which criminalised adultery. Justice Deepak Mishra said in his judgment that any law which offends the 'dignity of a person' and 'equal treatment of women' is against the Constitution. Terming the law which was in implementation since the British rule' as 'unconstitutional', the court ruled, "In a marriage, a husband is not the master of his wife. The legal sovereignty of either man or woman over another is grossly wrong." Justice Rohington Nariman, Justice AM Khanwilkar, Justice DY Chandrachud and Justice Indu Malhotra, including Justice Mishra, unanimously gave their verdict. The court then said, "Section 497 violates Articles 14 and 15 (right to equality) because it discriminates on the basis of gender and only men are considered criminals under it." Adultery is considered an 'old idea' in which men are considered criminals and women as victims but in the present times the situation has changed." The court believed that this section of the IPC is based on the principle that women lose their identity and legal right after marriage which is a violation of the fundamental right and this principle is not even legally valid. Adultery may be immoral but it cannot be considered unlawful, it added. In 2018, while appearing in the court, the Central Government had said that the law against adultery is necessary to protect the institution of marriage. The government had said in the court that the repeal of the adultery law will hurt Indian values, along with the 'sanctity of family and marriage' in the Indian context.