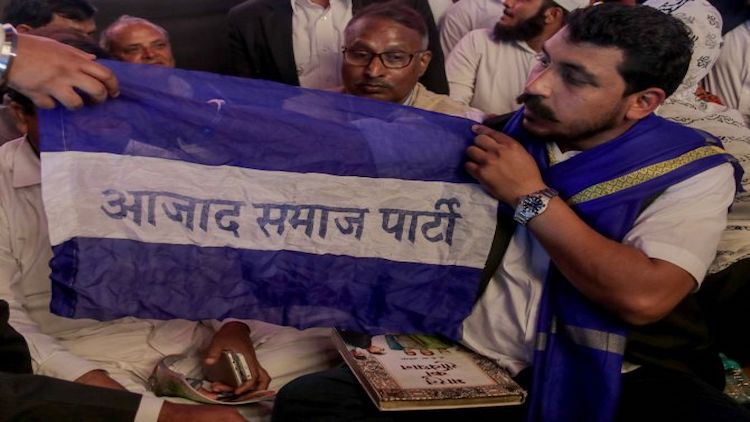 Bhim Army chief Chandrashekhar Azad has entered politics and announced the formation of his political party. Speaking at the launch of the Azad Samaj Party (ASP) in UP's Noida on Sunday, Azad said that it is not just a party but a mission and he wants to complete the mission of the great men of his community. Amid this, several former MLAs and ex-MPs of the Bahujan Samaj Party (BSP) joined the new party. Also Read: Clearing The Smokescreen: How Tobacco Industry Undermines Global Efforts To Curb Cigarette Smuggling

Taking the oath of the Constitution of India, Chandrashekhar Azad announced the formation of the ASP at Basai village located in Noida’s Sector-70, on the occasion of the birth anniversary of BSP founder Kanshi Ram on Sunday. After the formation of the party, Azad was elected its President by consensus. Following the announcement of the party, Azad posted a tweet, “Saheb Kanshi Ram your mission is incomplete, Azad Samaj Party will complete it.” Workers and leaders of the Bhim Army were present in large numbers during the announcement of the name of the new party. Amid this, several ex-MLAs and former MPs of the BSP also reached the spot and joined Chandrashekhar Azad’s party. Meanwhile, BSP supremo Mayawati has expressed deep disaffection at BSP leaders joining forces with Chandrashekhar Azad. Azad had been preparing to form a political party for the past several days. The assembly elections in U.P. are scheduled to be held in 2022 and given this, the formation of a political party by Azad could create a new equation in the politics of western U.P. Azad had been in the news after clashes between Dalits and Thakurs in U.P.’s Saharanpur.