CIC To Hear RTI Appeals Via Zoom, WhatsApp And Telephone From April 15 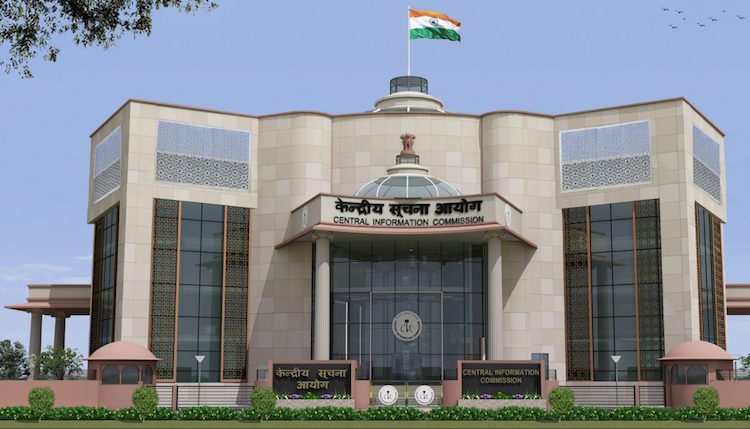 Starting April 15, thousands of RTI applicants will be able to connect with the Central Information Commission and have their appeals heard virtually over a host of options ranging from WhatsApp audio or video, Zoom or even a simple phone call. Chief Information Commissioner Bimal Jukla confirmed this to GoNews and said that his officers had already sent out notices and contacted RTI appellants as well as government officers so that they could take part in the virtual hearings starting on Wednesday.
Also Read:
“How Do You Survive A Lockdown When You Depend On Your Daily Labour To Eat?”

The latest move has been prompted due to the national lockdown being extended till May 3 by the Prime Minister. While experts and the government have urged people to stay indoors to avoid the spread of the coronavirus infection, this has affected hundreds of RTI appeal hearings which could not take place. There is already a backlog of over 36,000 cases pending before the CIC. This effectively means that an appeal may be heard by the commission almost one and a half years after it was filed, defeating the very purpose of timely information being made available to the citizen. Till now, in most cases, appellants and government officers had to travel to the CIC office located near the JNU campus in New Delhi to physically appear before the commission and argue their case. While the video conference was done in case the appellant was not in Delhi, if the latest experiment goes well, it could become the norm. “I had been perusing this matter with the Central Information Commission since mid-march,” says former Naval officer Commodore Lokesh Batra (Retd). Recently, the CIC invited Batra and several RTI experts including former Information Commissioners to connect virtually and brainstorm over how the CIC could conduct the RTI appeal hearings. The meeting took place virtually using a popular video conferencing platform.  See the full interview with Commodore Lokesh Batra (Retd) here: “Even for those who may not have a smartphone or access to the internet, they can simply phone in and have their hearing done via an audio phone connection," according to Batra. The former Naval officer adds that if successful, the virtual hearings will make it possible for millions of Indians abroad to also be able to take part in hearings virtually. “Audio or video, whatever is the best can be used by people who are at home during the lockdown. This way, people can connect from their own homes while government officers can do the same from their offices. They can just log on, spend five to ten minutes discussing their case and then get back to the rest of their day”, the Chief Information Commissioner told GoNews. “The idea is not to delay any further and make a beginning. Under the circumstances, whatever we can deliver on, we will do and build on that,” says Julka.