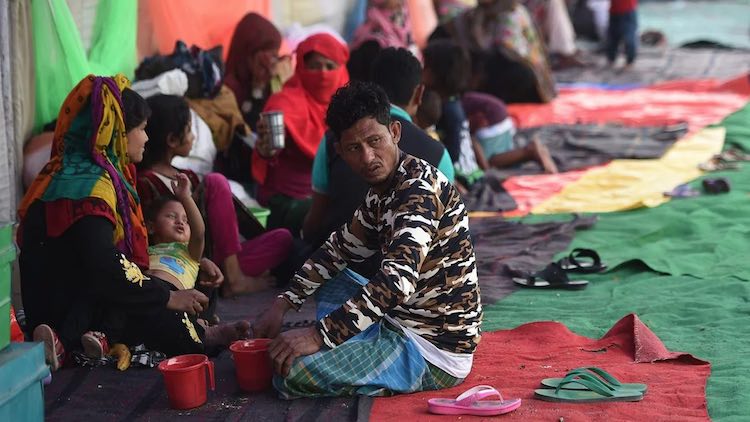 The number of people from Afghanistan, Bangladesh and Pakistan who will be granted Indian citizenship by the Central Government under the controversial Citizenship Amendment Act (CAA) is not clear yet. Amid this, the Uttar Pradesh government has forwarded a list of migrants from these three countries living in the state to the Centre; their number is about 40,000.  Also Read: Jamia Students Gherao V-C Office, Demand FIR Against Police Violence

But statistics of the Central Government narrate another story altogether. According to the Times of India, the UP government has prepared a report titled ‘The Story of Refugees in Uttar Pradesh from Pakistan, Afghanistan and Bangladesh’, which says around 40,000 refugees are spread across 19 districts of the state — Rae Bareli, Gorakhpur, Saharanpur, Rampur, Muzaffarnagar, Hapur, Mathura, Kanpur, Pratapgarh, Varanasi, Amethi, Jhansi, Bahraich, Lakhimpur Kheri, Lucknow, Meerut, Pilibhit and Agra. The question is if the number of victims from minority communities fleeing persecution in these three countries is 40,000 in UP alone, how much will their number be in the entire country? The Central Government has not released any figures related to this till now. According to the report of the Joint Parliamentary Committee on the Citizenship Law, which was presented in Parliament in January, 31,313 people will immediately benefit from this Law. Among them are 25,447 Hindus, 5807 Sikhs, 55 Christians, two Buddhists and two Parsis who have escaped harassment in Pakistan, Bangladesh and Afghanistan, and to whom the government has granted long-term visas. All these people claim that they had to face religious persecution in their respective countries and they want Indian citizenship. When the Joint Parliamentary Committee asked the Director of the Intelligence Bureau about this, he had replied that according to the available information, he feels that this number will be less. Meanwhile, according to the latest figures of the United Nations, there were 2,07,891 refugees in India till 2018 and about 12,000 people were seeking asylum. However, this figure includes refugees from all religions and all countries. On the other hand, the number of refugees in Pakistan is 15 lakh and in Afghanistan, the number is over 26 lakh. In all this, the big question is what is the actual number of minorities in India from Pakistan, Afghanistan and Bangladesh? It is being said that this number is actually very less and the Modi government is deliberately not making it public. Opposition parties are alleging that with this Law, the Modi government is trying to divide society so that the harvest of polarisation could be reaped easily during election season.

The #Yogigovernment has identified the number of #minority victims seeking #refugee under #CAA to be 40,000 in #UttarPradesh alone, a claim which is in direct contradiction to the Central Government data@RaGa_reports#CitizenshipAmendmentAct #refugees pic.twitter.com/OhLoJgeMFs