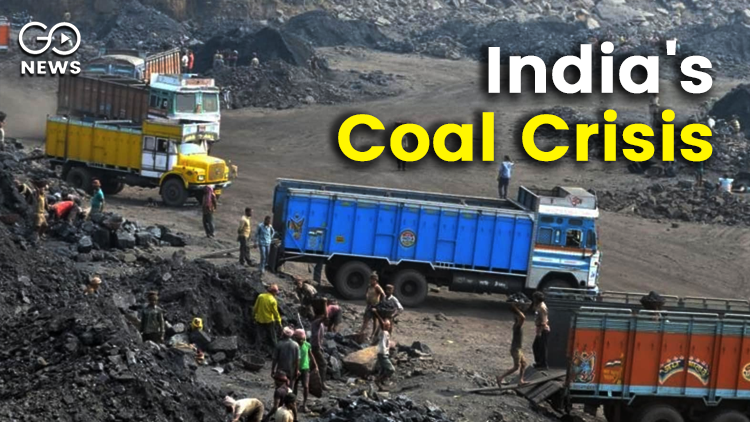 The Financial Express, a major newspaper in India, has warned of an impending energy crisis in India. India has joined the countries facing a severe energy crisis, and this can hit its post-pandemic economic recovery. This looming crisis is primarilybased in the country’s shortage of coal. The Central Energy Authority (CEA) has released data which shows that as of 29 September, 16 out of 135 coal-fired power plants had zero stocks left, whereas 80% plants had stocks that will last less than a week. Even among these, 50% were those that had only 3 day’s worth of stocks left. CEA data has revealed that the country is facing a fuel shortage since the year 2020 itself.
Also Read:
Recap: How Did Violence Erupt In Lakhimpur Kheri?

The energy crisis in the country is set to becoming so serious that those in the know say that it is nothing less than a “perfect storm”, pointing towards the severity of its adverse effects. Aurodeep Nandi of Naumura Finanacial Advisory And Securities has said that: “You are stuck in a situation where the demand is excessive, domestic suplyis less, and you have not re-established stocks by importing” It is noteworthy that Indian coal power generators have reduced imports recently due to the increasing costs of coal globally. The global surge in demand for coal, caused by the post-pandemic economic recovery, has driven up the prices from Indonesia, one of India’s top suppliers. The price of coal increased in September to $200/tonne where it was only $60/tonne in March. India has been trying to reduce its dependence on imported coal since a long time. Coal imports are a major contributor towards India’s trade deficit. In such a scenario, the reduced imports of coal could have been an opportunity for domestic suppliers to provide the necessary volume demanded. However, state-owned Coal India Ltd. failed to fulfil the increased domestic demand for coal. Ndia’s electricity consumption has spiked over the course of a few months. In August-September2021, consumption was 124 billion units as against 106 billion units during the same period in 2019. The demand for electricity may go even further up in the future. The Ministry of Power has stated that rainfall in the country’s coal mining areas may impact production and delivery. The coal plants themselves are not capable of maintaining stocks before the monsoon season, which means that India is indeed staring at a coal and therefore, an energy crisis. This can cause a slowdown in economic growth and extended power outages, push up electricity prices and eat into the profits of power generating companies, as seen in the case of neighbouring China and in Europe. China, which grew economically during the pandemic, saw contraction in its construction industry for the first time, caused by a reduction in electricity supply. To deal with this, Beijing has ordered its state run companies to accumulate stocks for the upcoming winter months.