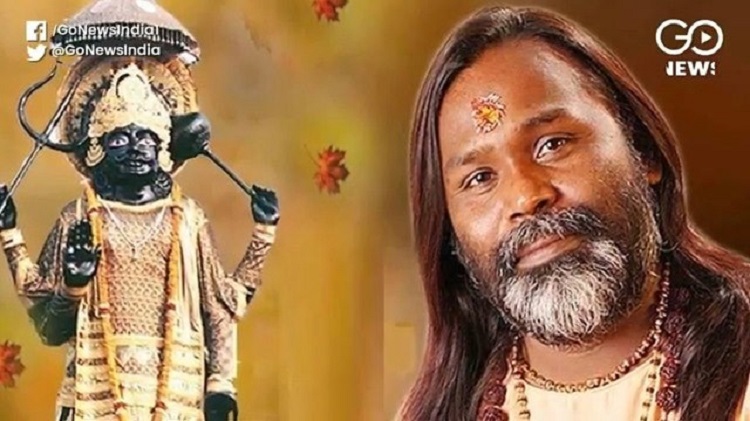 The controversial religious leader Daati Maharaj has been arrested by the Delhi Police for flouting the lockdown. As per reports, Daati Maharaj illegally gathered a crowd of devotees in his temple. During this, social distancing norms went for a toss. Godman’s problems had increased since the video and pictures of this program went viral on social media.

Accused Dati Maharaj has built a temple named Shanidham in the Asola area of South Delhi. It is here that he performed Shani Jayanti with his devotees at seven in the evening of 22 May. Old and children also participated in this program, who did not even put on masks.

According to the South Delhi Police, a crowd of devotees gathered in the temple premises on the behest of the godman. Daati Maharaj has been granted bail after his arrest. Interestingly, Daati had put a poster outside the temple that people should not come to the temple on the day of Shani Jayanti, but was later seen celebrating Shani Jayanti with a big crowd.

Daati Maharaj and his associates are also accused of raping a woman devotee. According to the victim, she was raped in Daati's ashram on 9 January 2016. Delhi Police started the investigation in June 2018 by registering a case. In the charge sheet, Dati and her associates Ashok, Anil, and Arjun have also been accused in the rape case but the case was handed over to the CBI in October. Dati and his associates are out on bail in this case too.