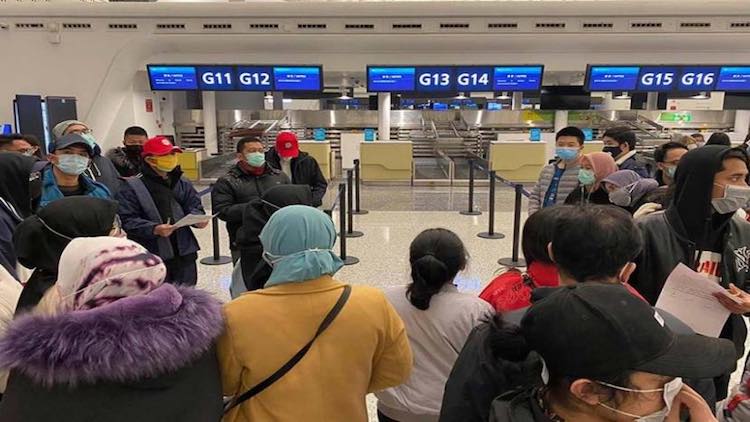 The Central government has stepped up vigilance in view of the growing panic and challenge surrounding the coronavirus across the world. The government has stopped into India the entry of Chinese nationals and residents of other countries living in China.  Apart from this, the government has cancelled with immediate effect all visas issued to Chinese nationals before February 5. These include both sticker visas and e-visas. However, Chinese passport-holders from Hong Kong, Macau and Taiwan have been given concessions in this. Also Read: RBI Pegs FY21 GDP Growth At 6%, Keeps Repo Rate Unchanged

Officials dealing with Immigrant Affairs said that visas of Chinese nationals arriving in India from any part of the world have been cancelled. Also, residents of other countries living in China or foreign nationals who reached China after January 15, 2020 have also been barred from entering India. Officials said that entry into India of foreign nationals residing in China has been stopped via air, land and sea-routes. These include the Indo-Nepal border, the Indo-Bhutan border, the Indo-Bangladesh border and the Indo-Myanmar border as well. This restriction on movement has been imposed because the coronavirus, which originated in China’s Wuhan, has now spread to many countries across the world. Three patients of this disease have also been found in India and hundreds of patients are being monitored. While automobile companies from across the world participate each year in the ongoing Auto Expo in Greater Noida, this year, the visit by the delegation of Chinese companies has been cancelled due to the coronavirus. H S Brar, Director, Sales and Marketing, Great Wall Motors said that a large delegation from China was supposed to participate in the Auto Expo but their visit has been cancelled. Mingling with Chinese colleagues in public places has also been reduced. Meanwhile, during election campaigning in Delhi’s Hauz Rani, Congress leader Rahul Gandhi said that many companies in China are shutting down because of the coronavirus. But, he said further, business leaders from across the world tell him that they will not set up their factories in India until violence and anarchy does not stop, and till such time, India cannot compete with China. The coronavirus has claimed 563 lives in China and more than 28,000 cases have been reported so far.  The Chinese economy has been dealt a huge blow due to the upheaval caused by this virus, and this is impacting the global economy too. India is also not untouched from its effects.

After barring entry for all #travellers to #India from #China, #NewDelhi now cancels all visas granted to Chinese nationals issued before February 5@ShahnawazMalik_ #chinaCoronovirus #corononavirus #CoronaOutbreak