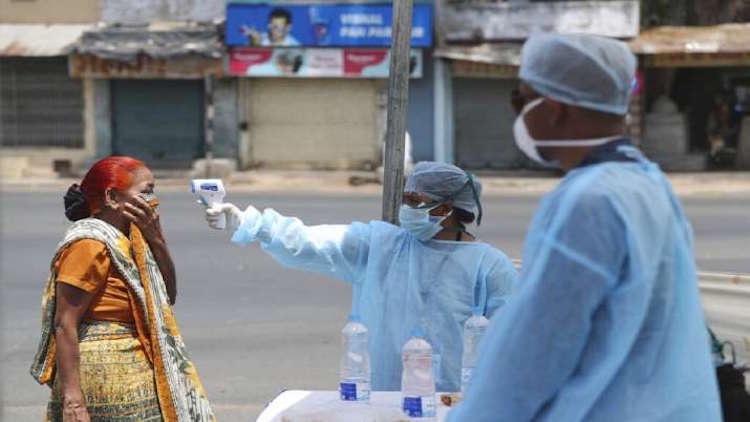 The coronavirus has hit 28 states and five Union Territories across the country, of which six major states have reported over 1,000 cases so far. Gujarat, where the number of patients has reached 1,021 after 92 new cases were found, has become the latest state to cross 1,000 mark. While 38 people have died there, 74 people have been discharged so far.  Also Read: India COVID-19 Cases Cross 13,000, Mumbai And Delhi Worst-Hit

Apart from Gujarat, the number of patients has also crossed 1,000 in Maharashtra, Delhi, Madhya Pradesh, Rajasthan and Tamil Nadu. According to the latest data from the Health Ministry, in Maharashtra 3,205, in Delhi 1,640, in Tamil Nadu 1,267, in Rajasthan 1,131 and in Madhya Pradesh 1,120 patients have been found. The situation is the worst in Mumbai, the country’s commercial capital, where more than 2,000 patients have been found. In Dharavi, the largest slum dwelling here, the number of patients has reached 86. Preventing the spread of the coronavirus infection in this densely-populated slum area with lakhs of residents has become a huge challenge for the Uddhav Thackeray government. Although Delhi’s Dilshad Garden area had been an initial hotspot, no case has come to light here in the past 15 days.  According to Health Minister Satyendra Jain, there are three hotspots in the capital where no new case has been reported in the past 15 days. The situation has severely deteriorated in Madhya Pradesh’s Indore, where the number of patients has reached 842. In Bhopal, 196 people are grappling with the coronavirus infection. Two new districts - Khandwa and Khargone - are becoming a huge challenge for the Madhya Pradesh government. According to the latest figures, 39 cases in Khargone and 33 cases have been reported in Khandwa. Meanwhile, apart from these states, the number of patients is rising rapidly in Uttar Pradesh (UP) as well. If the infection does not stop spreading, then UP could become the seventh state in the country with more than 1,000 patients. At present, 805 patients have been found here.

The no. of #coronavirus patients in six states exceeds above 1,000. The new addition in this list is Gujarat where the no. of patients has increased to 1, 021 after getting 92 new cases. Apart from #Gujarat, #Maharashtra, #Delhi, MP, #Rajasthan, and TN also have over 1,000 cases pic.twitter.com/HNLeZOSicI