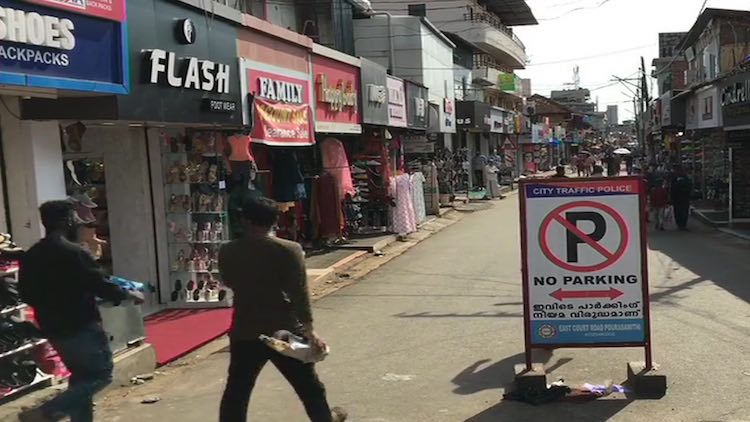 Markets may have re-opened in more or less all states of the country but the sparkle of Eid is missing this time. Business is down by up to 90% and only 5-10%  people are arriving at shops for purchases. The famous S.M. Market in Kerala’s Kozhikode has been opened before Eid but only a few people can be seen there. Saeed, a shop owner, said that despite Eid being around the corner, only 10% sales are taking place.
Also Read:
Progressive Muslim Organisation Releases EID Guidelines, Urges People To Offer Prayers At

Most shopping is being done for children. Zulfikar, a clothes buyer in Jammu and Kashmir’s Poonch says, “The administration has allowed shops to remain open from 10 a.m. to 5 p.m. I have come to buy clothes for my children and want to return home early.” The Alvida namaz (goodbye prayer) is held on the last Friday of the holy month of Ramzan and after this, hustle and bustle in markets increases. However, this year, neither was the Alvida namaz offered in mosques nor will the Eid namaz take place there.  All mosques in Srinagar remained closed on the occasion of Alvida and a majority of people offered Alvida namaz at home. Meanwhile, Ahmed Bukhari, Shahi Imam of Delhi’s Jama Masjid said that a large number of people wanted to offer Alvida namaz at the Jama Masjid but they were asked to offer prayers at home. Only the staff of Jama Masjid and a few family members offered Alvida namaz at the historic mosque, he added.  Haseen, who runs a vegetable shop in Delhi’s Daryaganj says that this time there is no excitement about Eid. There is certainly some demand for fruit as it is summer but business is down, he adds. Watch the video story here: