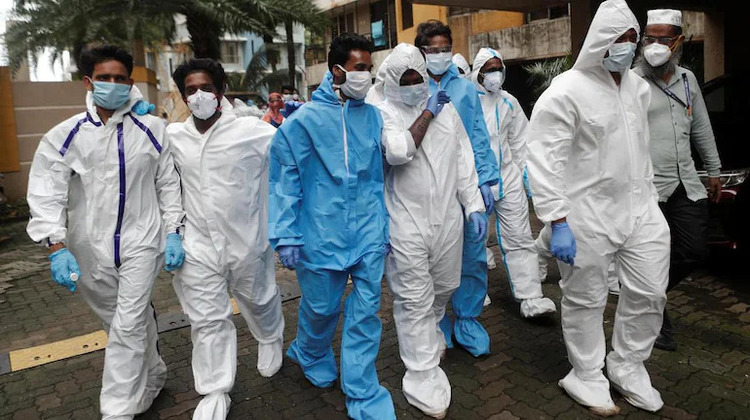 The Coronavirus R value, or reproductive rate, indicates the rate at which the virus is spreading among people. An R value higher than 1 indicates that 1 person is infecting multiple persons, while a value under 1 shows that the number of new infections are not exceeding the number of existing infections, i.e., the infection rate is stable. India’s overall R rate is 0.85. The R factor is considered important because it allows a picture into the rate of the infection’s spread and is crucial in determining the momentum of a new wave of infections. Greater transmission allows the virus more chances to mutate as well, increasing its potency and resistance over time.
Also Read:
PM 'CARES' The Next Big Scam? RTI Activist Says Govt Domain Misused

As per current data, 4 states and the Union Territory of Ladakh have an R value of greater than 1. Of these, West Bengal with an R value of 1.03 has the highest 7 day average as of October 11 at 729 new cases. 18.66% of West Bengal’s population are double vaccinated. Among the states with R values greater than 1, Gujarat has the highest rate of double vaccination at 32.13%, while Ladakh as a UT has almost 50% of its population double vaccinated (49.25%). India is seeing an overall decline in COVID-19 cases. It is now at 5% of its peak in terms of new cases. Over the past seven days, 9 infections have been reported per 100,000. In the first week of August, the Union Health Ministry had raised concerns over five states and three UT’s that had a R value greater than the national average of 1.2. These were Himachal, Jammu and Kashmir, Tamil Nadu, Mizoram, Karnataka, Puducherry, and Kerala. The R value of India had dropped from 1.17 at the end of August, and between September 14-19 it climbed down to 0.92. However, during this same period it was also observed that major metro cities such as Bengaluru, Chennai, Kolkata, Pune, and Mumbai all showed an increase in their respective R values. Between 14th and 21st September 2021, Bengaluru saw a jump from 0.98 to 1.06; Chennai went from 0.99 to 1.11, Kolkata’s increased from 1 to 1.04, and Pune and Mumbai saw spikes from 0.94 to 1.04, and 1.03 to 1.09 respectively. Is R Rate An Accurate Metric? Mark Woolhouse of the Universit of Edinburgh, an infectious-diseases expert who is part of the modelling team advising the British government’s COVID response policy, has categorically stated that “R does not tell us what we need to know to manage this [pandemic]”. Nature reports Jeremy Rossman, a virologist at the University of Kent, UK, says that it is an “imprecise estimate”. Rossman holds that the R factor does not capture the current state of the epidemic, is a volatile measurement when case numbers are low, and hides local variations and factors because it is an average number.