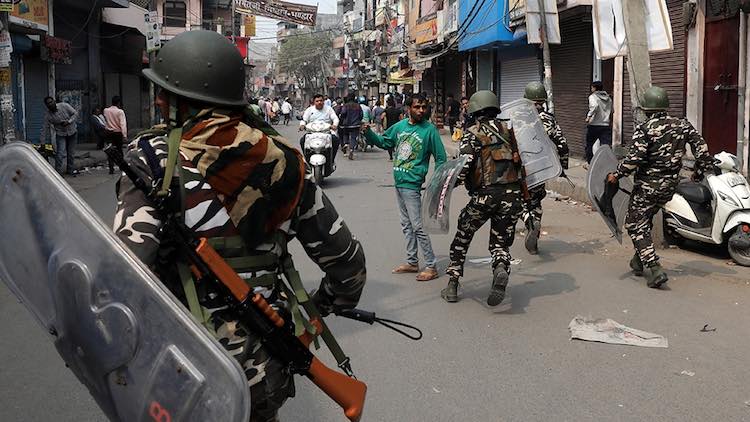 Nigeria and India have witnessed the largest and the second-largest increase in violence targeting civilians in the post-pandemic period, as per the latest report from the US organisation Armed Conflict Location and Event Data Project (ACLED). “Different actors ramped up their targeting of civilians across countries, resulting in different forms of violence expanding across different regions. In Nigeria, the country with the largest increase in violence targeting civilians over the past three months, communal militias were largely to blame: ACLED records an increase from 70 events to 175 events of communal militia targeting of civilians across Nigeria during this period,” the report said. Also Read: Bangladesh Records Impressive GDP Growth Despite Pandemic

India had the second-largest increase as state forces resorted to violence in an attempt to enforce lockdown measures, along with targeting of minority groups or healthcare workers suspected of spreading the virus. At the third place is the South American country Mexico, the Democratic Republic of Congo at number four, Uganda at fifth position and warn-torn nation Afghanistan is at the sixth spot.

India’s position is worse than the countries like Congo, Uganda and Afghanistan which are sometimes called “failed states”. Meanwhile, there has been a downward trend in countries like Brazil, Syria, Iraq, Chile, Honduras and Cameroon. Civilians who have been made victims of violence include mob violence, including health workers and clashes between Indian security forces and domestic rebel groups. The report also mentions increased cases of violence against Muslim society, which was accused of spreading Corona after a program in Nizamuddin. According to statistics, there were 370 cases of violence against civilians in India before the pandemic, which increased to 542 cases in the post-pandemic period, marking a 47% increase during the Coronavirus pandemic. In terms of countries with the largest increase in organised political violence, India had 424 cases before the Corona period which increased to 685 post-pandemic. That is a 62% increase in cases of organised political violence. 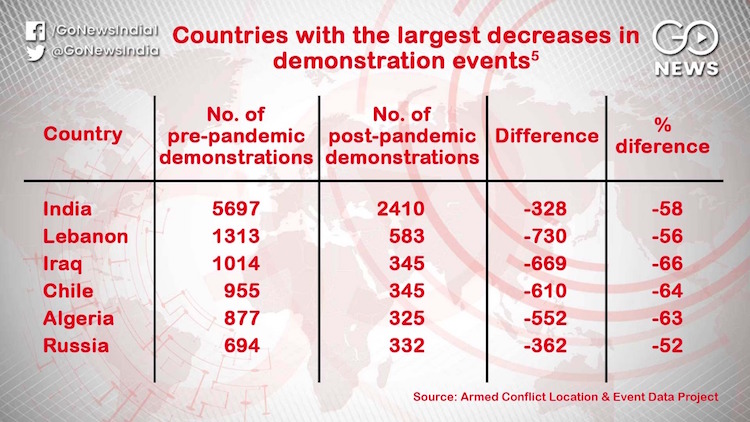