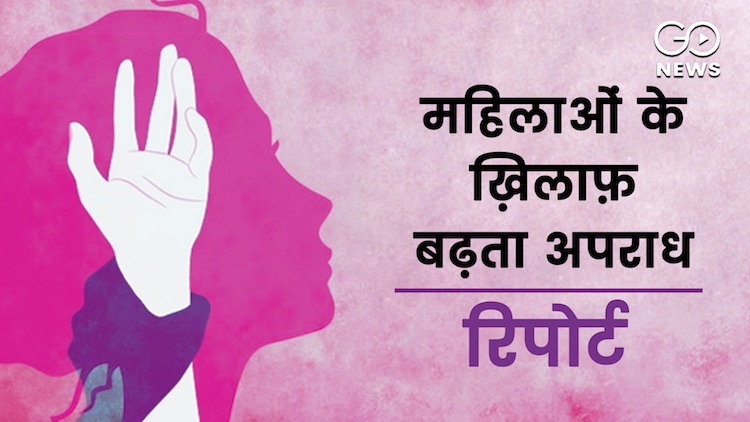 'This wouldn't have happened, had she not go there at night'; 'perhaps she was wearing short clothes', 'Perhaps the girl had called them' — after the heinous rape incident, blaming the victim will make any sensitive person angry after hearing these remarks. And if such a statement is given by a member of the National Commission for Women (NCW), then it would seem that the whole system is engaged in victim-blaming. It is a pity that this is happening in India which claims to worship women. Recently a fifty-year-old woman was gang-raped in a temple in Badaun, Uttar Pradesh. The temple priest is accused of this crime along with his two companions.
Also Read:
Big Blow To Modi Govt: SC Puts Farm Laws On Hold, Sets Up Panel To Resolve Impasse

Outrage erupted across the country on the statement made by the NCW member Chandramukhi Devi after meeting the family members of the victim. "I think if she had not gone out in the evening or was accompanied by any child of the family, perhaps this incident could have been avoided. But this was pre-planned as she was called through a phone call. She went (out) and then returned in such a state," the NCW member said. That is, the commission, which came into existence as a protector of women's rights and freedom, has such members who consider women as the cause of atrocities on themselves. It is the same mindset that has put India in a place of shame in the case of female harassment. In 2020, women faced more violence than before. Whether our country progresses in any other area or not, it has been steadily rising in the category of crimes against women. In 2020, when the COVID-19 induced a nationwide lockdown and people were imprisoned in homes, difficulties for women increased as they faced more violence than before. The NCW received 23,722 complaints of violence against women in 2020, the highest in 6 years. According to the commission, a quarter of the total complaints, 5,294, were related to domestic violence. It would not be wrong to say that women are not safe even at home. At the same time, many women in the country are unable to complain due to fear. Per NCW data, the maximum number of 11,872 complaints were received from Uttar Pradesh, followed by Delhi (2,635), Haryana (1,266) and Maharashtra (1,188). The NCRB report states that crimes against women increased by 7.3% from 2018 to 2019, and the situation is appalling. In 2019, 4,05,861 cases of crime were registered against women, while in 2018 there were 3,78,236 cases and in 2017, the figure was 3,59,849. 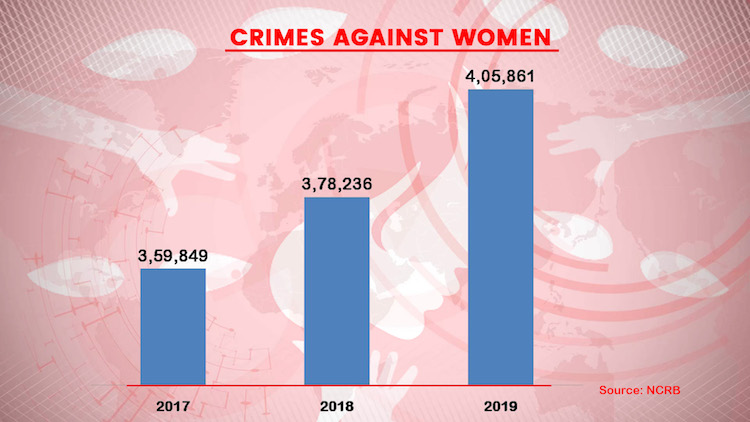 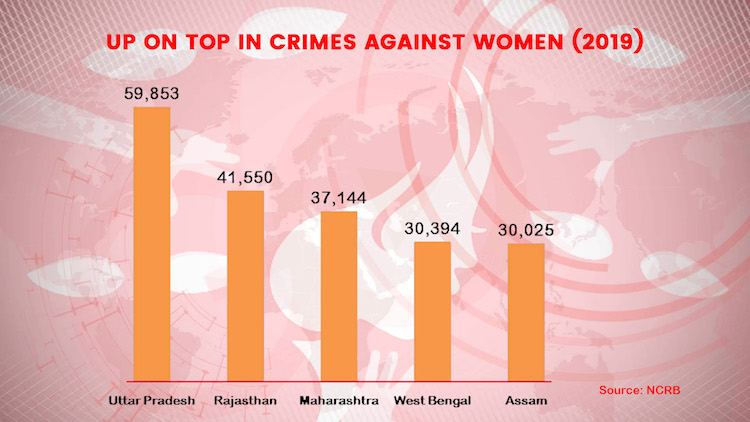 While there are plenty of remarks on the incidents of rape, dress and age etc., the fact is that in 2019, 15.4% of the total rape cases occurred with minor girls, while 84.6% of the cases with women whose age were 18 years or above. 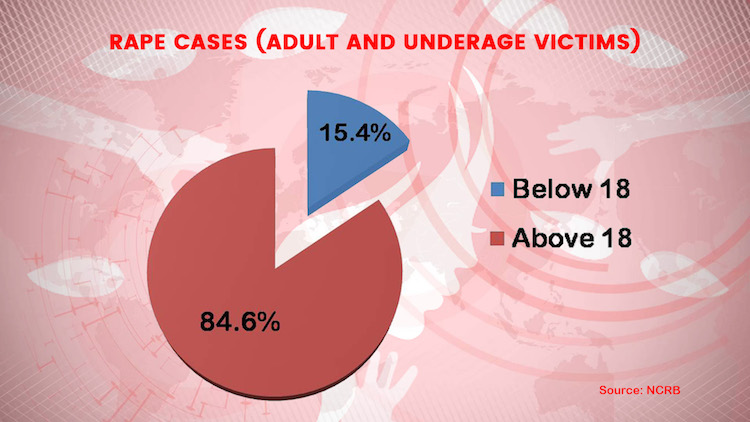 Also, there are some other statistics related to rape which are eye-opening. Of the total rape cases, 35 incidents occurred with pregnant women while 2,220 cases occurred with girls aged 16 years or below.