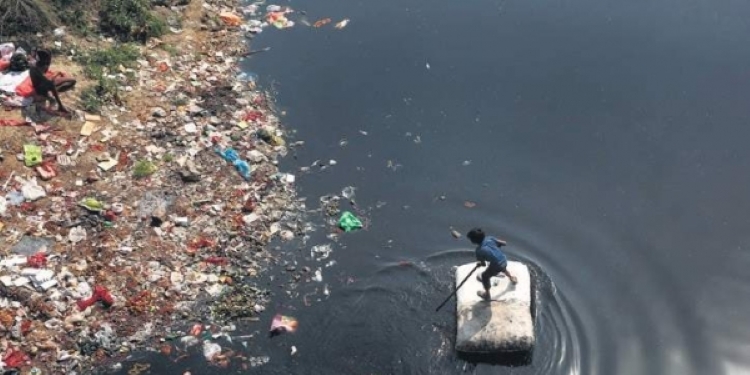 The Supreme Court on Wednesday issued a notice to the Central Pollution Control Board(CPCB) and the Haryana State Pollution Control on a writ filed by the Delhi Jal Board(DJB) regarding spiking levels of ammonia in the Yamuna river which enters Delhi from adjoining Haryana state. The Delhi Jal Board which supplies water to most of the city had approached the top court for urgent intervention after ammonia levels spiked to dangerous levels and several of the water treatment plants had to be shut down affecting the water supply to several parts of the capital. Senior advocate Meenakshi Arora who was representing the DJB informed the bench led by Chief Justice SA Bobde that the city water treatment plants can handle 0.5 parts per million (ppm) of ammonia in the water, however, the levels of ammonia had reached 6 parts per million and had on occasions had even gone up to 12 ppm.
Also Read:
National Youth Day: 133 Young People Aged 18–30 Are Committing Suicide Everyday In India

‘Ammonia when it mixes with chlorine becomes carcinogenic, and we cannot allow people to die’ Ms. Arora informed the court. Ms. Arora was also appointed as amicus curiae in the case and was asked to assist the court in trying to find a solution. This is not the first time that ammonia levels have peaked in the Yamuna. On previous occasions too, a spike in ammonia levels which is also associated with the run off of fertilizers from fields along the Yamuna have forced the city water treatment plants to shut down till levels stabilize. The DJB has in its petition asked that Haryana immediately release 450 cusecs of water to help flush out the excess ammonia in the Yamuna and bring the levels within acceptable levels so that the water treatment plants can begin functioning. The court has posted the matter for hearing next Tuesday.