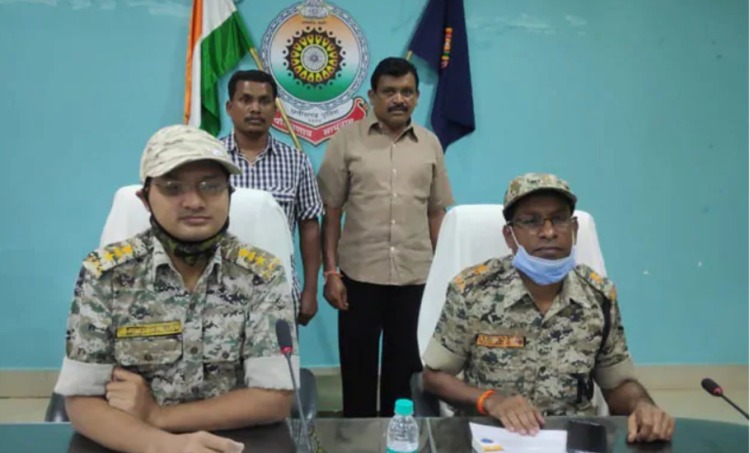 The Chhattisgarh Police has arrested two people, including Jagat Pujari, district vice-president of the BJP, on charges of helping the Naxalites. Police took this action in the Dantewada district of Bastar division and seized a new tractor. The tractor was for Ajay Alami, a five-lakh-bounty Naxalite active in the forests of Abujhmad, whose squad is struggling with the logistics crisis due to the lockdown. With the help of the tractor, Naxalites wanted to grow paddy in Abujhmad.

According to the Dantewada police, the Naxalites had approached Jagat Pujari for a tractor and other items for farming. Jagat and Ramesh Usendi bought the tractor from the Gidam area of ​​Dantewada and when Ramesh Usendi was going to deliver the tractor, the police caught him at a check post. Police claim that during interrogation, he accepted the role of Jagat Pujari, the district vice president of BJP. Jagat Pujari is also the son of former BJP MLA Dhaniram Pujari of Chitrakote.

We had information that naxals are planning to buy a tractor, we were on alert. At one of our checking-posts, a newly bought tractor was identified & when its occupant was interrogated about the source of money, he had no answer: Abhishek Pallav, SP Dantewada. #Chhattisgarh (1/2) pic.twitter.com/MXcxFlxcjV

Dantewada police claim that Jagat Pujari has so far delivered 200 walkie-talkies, printers, and other things to the Naxalites. He was in contact with high-profile Naxalites like Madhu, Ajay, Niti, Murli. Many people of Jagat Pujari's family are associated with BJP. His father has been a former MLA of Chitrakote, while cousin Umeshwar Pujari is the president of Barsoor Nagar Panchayat.